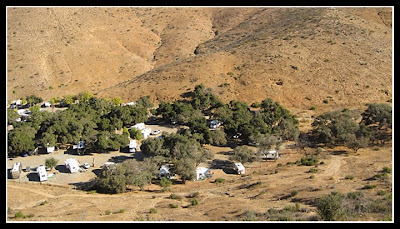 When I acquired my membership with Thousand Trails, it provided another option to park Wandrin Wagon. It was acquired for a $1000 transfer fee less than five years ago. It was a bargain and over these past years, the initial investment plus the annual assessments has made for some inexpensive camping. My experience has been with just a few of the Thousand Trails preserves and all of those have been on the west coast and in the southwest.

Recently the parent company, ELS, has blurred the lines between the Thousand Trails membership campgrounds and their Encore RV parks. Based on observations, the expensive TT membership is becoming less of a requirement as the TT parks are open to the camping public. This is done through changes in the various programs offered allowing variations in the usage and camping at the preserves. The most noticeable change is the Encore logo on the entry signs of the Thousand Trails preserves.

The Thousand Trails parks (along with all the other campground/RV parks across the country) are aging along with the population. At the time most of these parks were built, they were built for tents and pop-ups and smaller trailers and Class C RVs. Many of those older parks weren't designed for rigs over 30 feet and longer requiring 50AMP service. In the old days, there was the occasional air conditioner and small TVs. Not anymore. Additionally, they weren't designed for the full time RV crowd. They were designed for summers, holidays and weekends.

My experience is that maintenance varies from park to park within the TT preserves. Some of that is probably due to the manager and the staff at an individual park. Some people care more about their duties than others. It also may be due to the visits that a particular park gets -- and the profitability of that park. After all, it isn't a public subsidized campground.

In the end, ELS is treating Thousand Trails as a business. Return on investment is required. Costs continue to increase -- electricity, water, maintenance, infrastructure, the employed staff. That in turn requires management to come up with methods to bring in more income to cover the increased costs -- because all those TT memberships don't cover the costs any longer.

Those with long time TT memberships complain about those "transients" (non TT memberships), the increases in assessments, the maintenance issues, the lack of 50AMP support, etc. The loudest complainers are those who have been coming to the same parks every year for a long time. They like cheap -- the Wal-Mart and casino buffet mind set. Don't change anything.

Some seem to understand the costs of running a business. Others don't get it and expect things to stay the same. I don't tell them they could vote with their dollars and go to another park -- if they could find something as reasonably priced. They really don't want anything to change -- especially when it comes to cheap. Not an unusual reaction as many people get older. Hoping I don't get to that place.

Each year of my TT membership, it has been good for me. This may be the last year for that. Next summer I will be traveling in the Rockies where there are no TT parks. In addition, I am seriously considering going to a Tucson park for several winter months -- rather than my usual visits to Palm Springs and San Diego.

For me it is about camping options where I want to explore. Those options are public campgrounds (national, state, county, national forest, BLM, COE), fairgrounds, Elks Lodges, SKP membership discounts, my lot at the Benson SKP park, and the occasional private RV park without a discount. The Thousand Trails is just one of those options.
Posted by Unknown at 11:40 AM