Book: Ghost Train to the Eastern Star by Paul Theroux

"Travel is fatal to prejudice, bigotry, and narrow-mindedness." - Mark Twain

"Perhaps travel cannot prevent bigotry, but by demonstrating that all peoples cry, laugh, eat, worry, and die, it can introduce the idea that if we try and understand each other, we may even become friends." - Maya Angelou 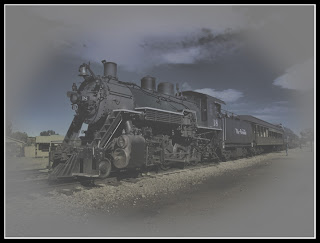 Ghost Train to the Eastern Star is an account as Theroux in his late sixties reprises his train travels of his book Great Railway Bazaar -- thirty years earlier. This current book begins:


"...So many travelers are hurrying to the airport, to be interrogated and frisked and their luggage searched for bombs. They would be better off on a national railway, probably the best way of getting a glimpse of how people actually live -- the backyards, the barns, the hovels the side roads and slums, the telling facts of village life, the misery that airplanes fly over. Yes, the train takes more time..."

Since Theroux's original 1975 train journey, the USSR and its puppet states are no more, Iran has closed its borders and the southeast Asian countries are a "new" world. His earlier journey was in the early months of 1975 as the Vietnam War came to end in April. In his current travels, he converses with those who lived through the past 30 years comparing their lives -- then and now. Experiencing a world on trains allows lots of time to chat with his fellow passengers.

Every travel writer will have biases as his story is brought forth. That is why I read travel books from many different authors. Each will have a different approach to the travel and how they travel. Younger travel writers versus the older travel writer each will address the issues and present them in different ways. With this diverse reading from several authors, it is a vicarious experience to address my curiosity and broadening of my understanding the world. I am thankful that these writers do make that travel and report back with their experiences.

The last paragraph of the book summarizes the author's thoughts of this train journey across Europe and Asia:


"... Most people on earth are poor. Most places are blighted and nothing will stop the blight getting worse. Travel gives you glimpses of the past and the future, your own and other people’s. ... [T]here are too many people and an enormous number of them spend their hungry days thinking about America as the Mother Ship. I could be a happy Thai, but there is no life on earth that I am less suited to living than that of an Indian, rich or poor. Most of the world is worsening, shrinking to a ball of bungled desolation. Only the old can really see how gracelessly the world is aging and all that we have lost. Politicians are always inferior to their citizens. No one on earth is well governed. Is there hope? Yes. Most people I’d met, in chance encounters, were strangers who helped me on my way. ..."

Many times as I read through the book, it could get seriously depressing as Theroux related the oppression of some peoples, the sex slavery, the starving masses, etc. As a good reporter, he related what he saw.

Theroux's view is not what Americans see on TV. When world leaders meet in that foreign country, they meet in some luxurious surroundings at the end of the red carpet after arriving in the black limos. The cameras may pan over the slums and the poor that survive in those cities. However, more TV time is spent showing the world leaders in photo ops. The impression left is that all is good in that remote country.
Posted by Unknown at 10:32 AM