After fires destroyed the first two capitol buildings, the current building with art deco influences was dedicated in 1938. Oregon's history is depicted in numerous sculptures and murals throughout the building. The statue atop the dome is the Oregon Pioneer -- a woodsman with an ax in his hand. 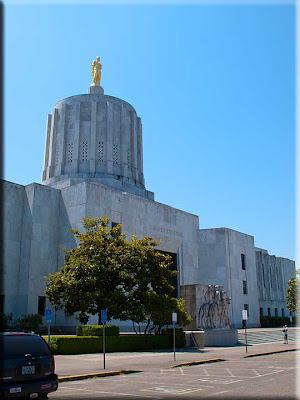 A tour would have been great. However, the number of young children on the tour deterred me from following the group. The self tour is the alternative. Not as ornate as most capitol buildings and not looking like the nation's capitol in Washington, DC, it is refreshing originality. 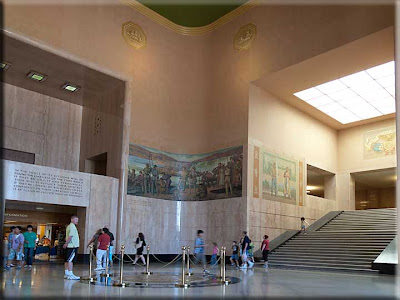 The capitol building concept is retained in this art deco building with a large open space, long stairways and the dome over the entry area. 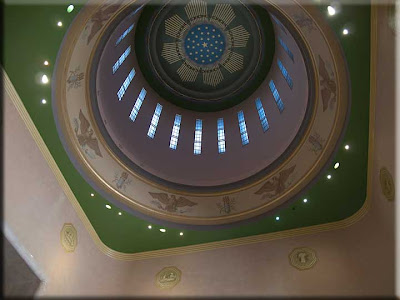 No 100 year old fixtures and desks in the legislative chambers in Oregon. Relatively modern looking -- although art deco in style. 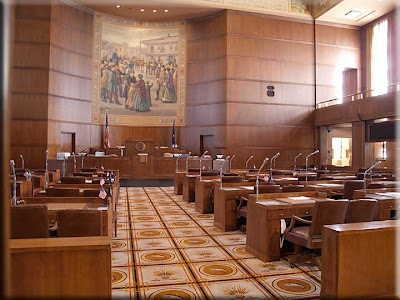 Why do capitol buildings resemble cathedrals.
Posted by Unknown at 11:01 AM