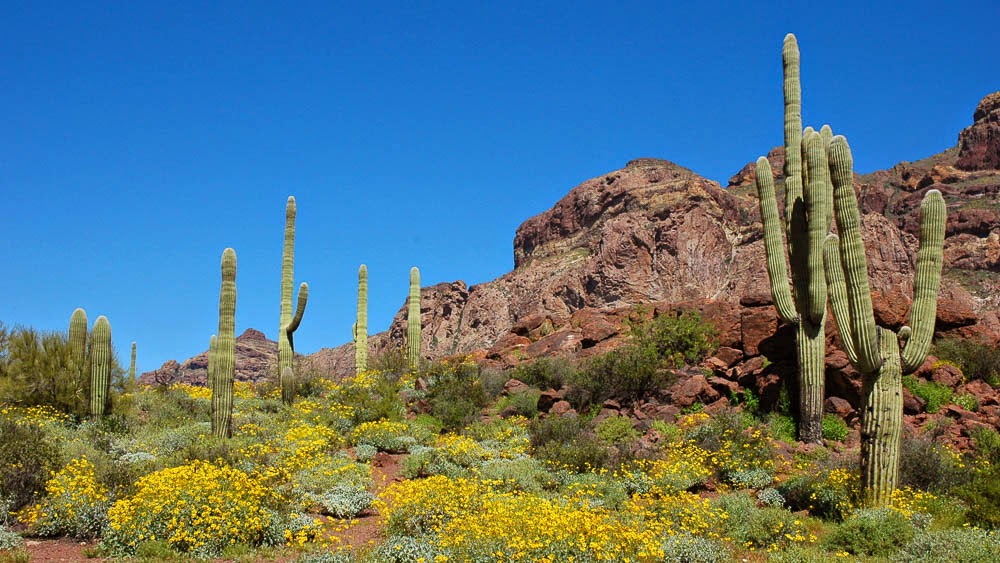 Posted by Unknown at 2:38 PM No comments:

Vanita is in town for four days before heading back to San Diego. On her first full day in Tucson, we went to Sabino Canyon. There we took the tram ride followed by a short hike.

There is too much of Tucson to show Vanita in four days. For her short visit, I opted for the Tucson Botanical Gardens. The Gardens includes a butterfly exhibit building. With tropical butterflies, it is a very humid building.

Butterflies flit around and land on people and plants. One landed on my hat. Another landed on Vanita's hand. With the constant movement of the butterflies, it is difficult to get a good photo. This one sat still long enough for a photo. 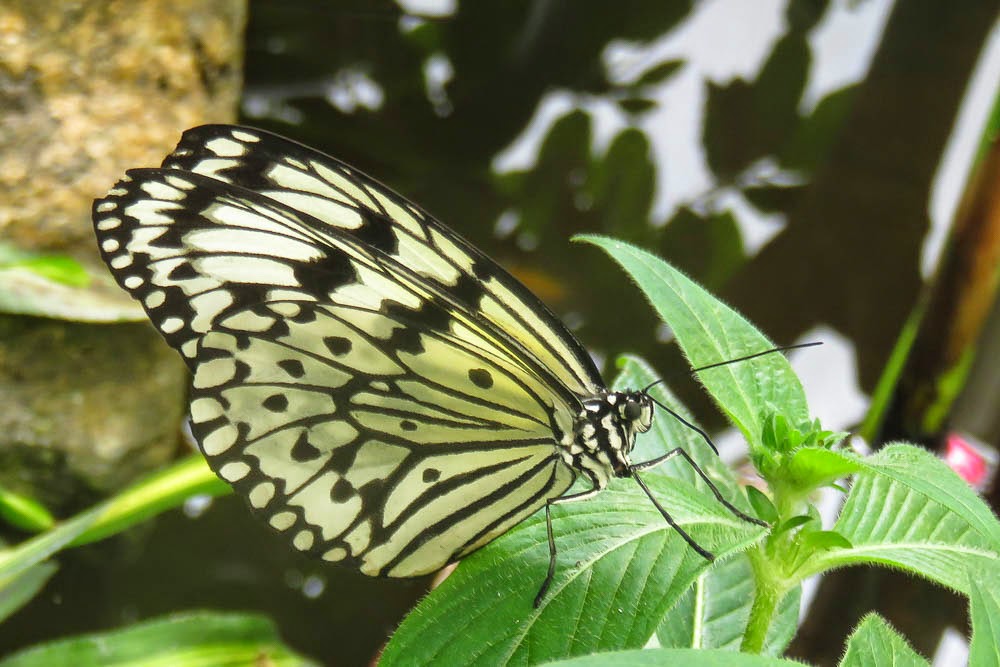 This year there are also tropical frogs. On the ground and under plants, the frogs are harder to spot. Once a person finds a one of these small frogs (less than two inches), everyone tries to get a photo. Fortunately, they don't move like the butterflies. 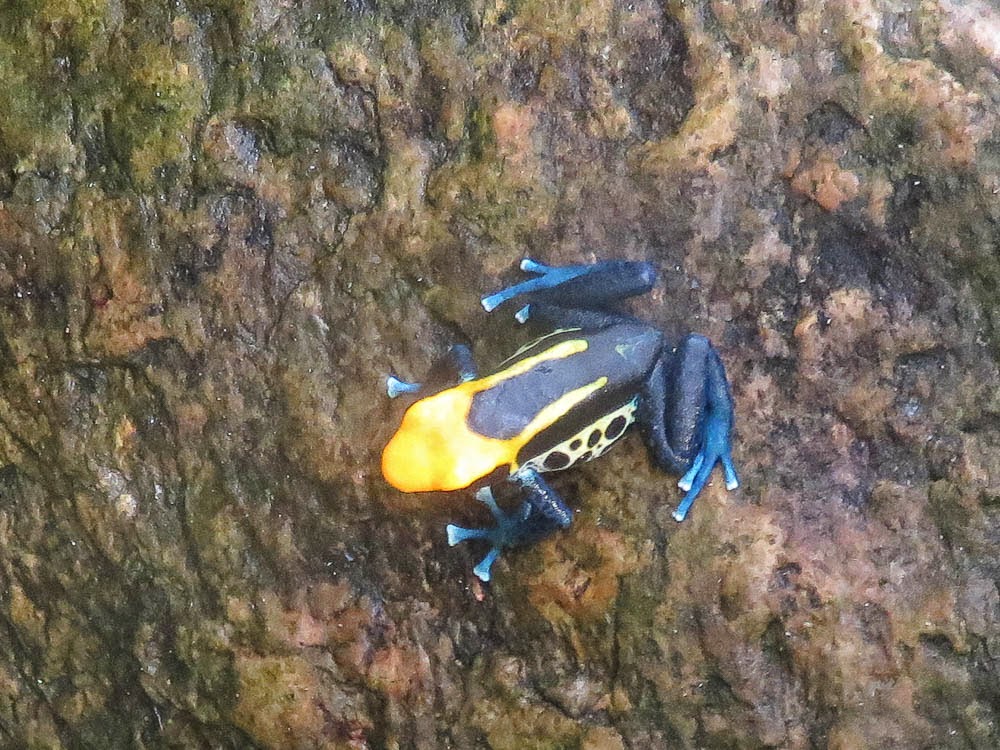 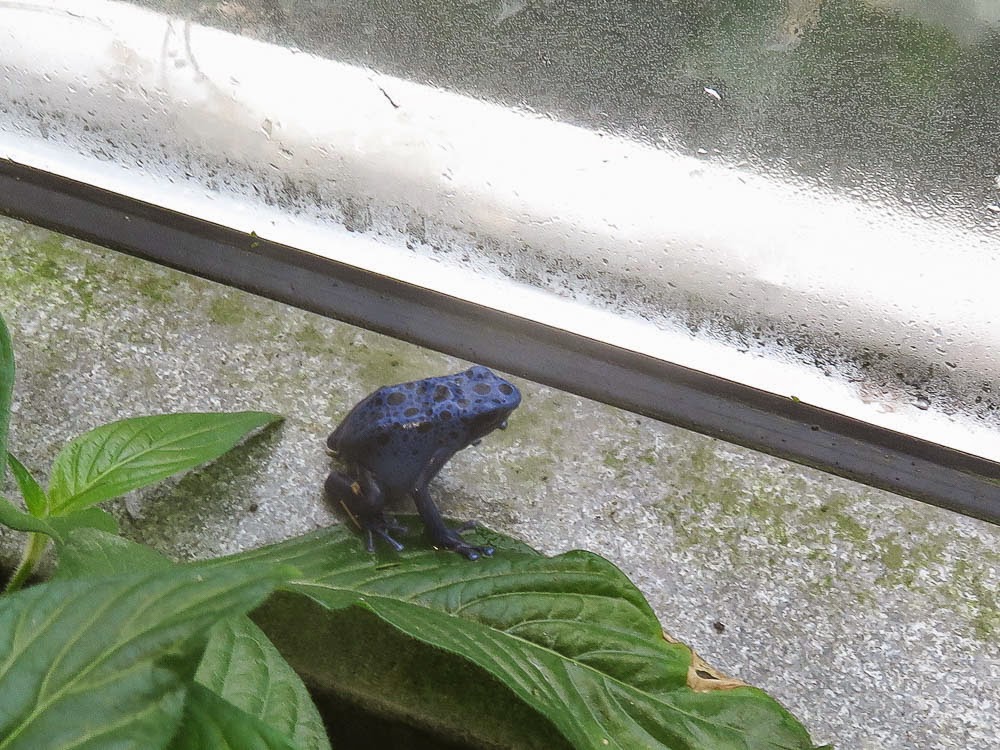 Since I am still recovering from that last chemo treatment four weeks ago, today we took a short hike in nearby Saguaro National Park East.

On Vanita's future visits, I plan to share more of the Tucson that I enjoy. 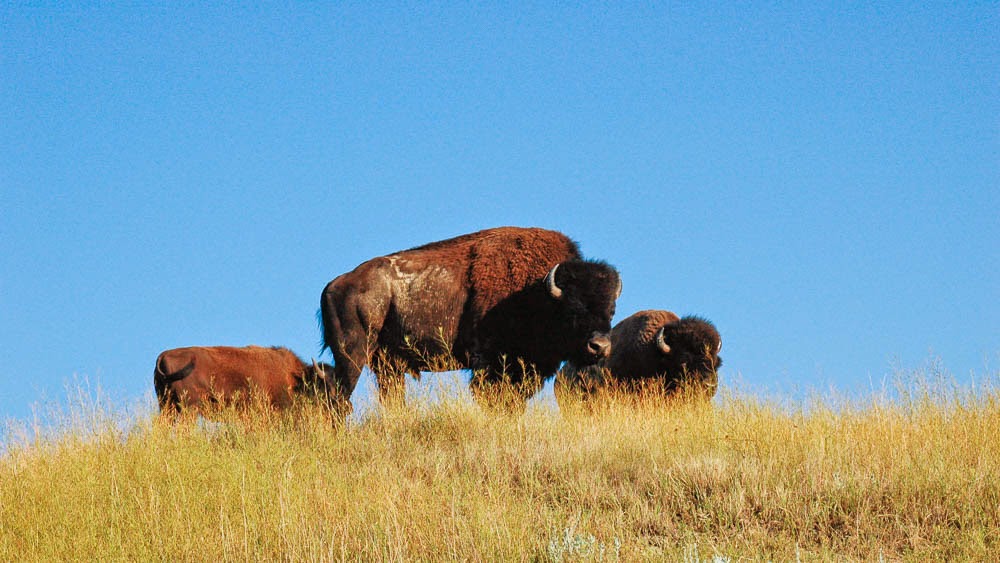 On the plains of

Posted by Unknown at 8:49 AM No comments: 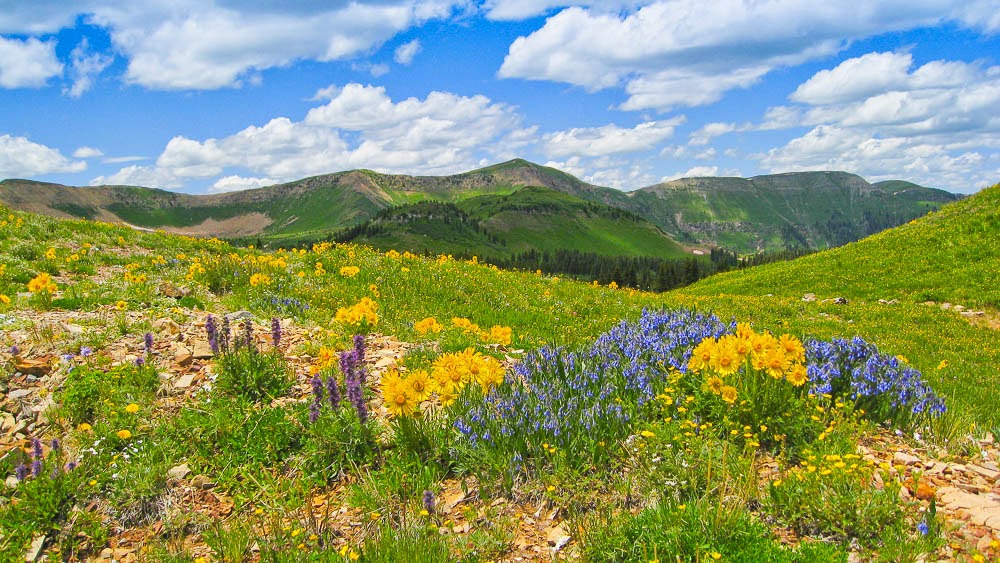 Three weeks ago today, I had the last of four chemo treatments. There will be no more.

When I went to see the oncologist two days ago, I had already made up my mind to quit after four and do no more of the original planned six. I was so confident with my decision that I made a lunch date with Tucson friends the day of the chemo (today).

The appointment with the doc was late afternoon to make sure there was time enough for what was going to be a long conversation. Just shy of an hour we talked. I began by sharing my miserable living with chemo.

After additional talk about the side effects, I asked if there might be some data to indicate how long before relapse after four treatments versus six. He headed off to his office and apparently found some information. However, there was nothing about four versus six. He did find there was no difference between six and eight, but there was no mention of four.

We talked more about any future chemo. I asked about delaying the next chemo for two weeks so I could recover. I don't remember if he really answered that. It may have been at that time, that he said that considering the local nature of the tumor with no other indication on the PET scan and other tests he was okay with my decision to stop chemo.

Closing up the appointment, he said the next step was to call the doctor for radiation therapy. As he walked me down the hallway to checkout, he said that the radiation would mean there would be no more children. I responded that wouldn't be an issue since I had been cut forty years ago. With a few more yucks I headed to checkout.

There was a mob of people at the checkout including one of the nurses who I have seen there on many of the visits for blood draws and infusions. After the conversation with the doc, my smile must have bigger than usual. The nurse asked how I was doing and about the next treatment. I spoke of the neuropathy and added that there would be no more chemo. After chatting briefly she wished me well and headed back to her responsibilities.

Now it is a matter of healing the body to what it might have been before I started the chemo. I am looking forward to food tasting good once again. The digestive tract will heal. The hair will start growing back. I will start shaving again. Soon there will be hair growing from the ears. The wrinkles caused by the chemo will take much longer to soften. There are good days ahead.

Done with chemo. No complaints. Life is good. 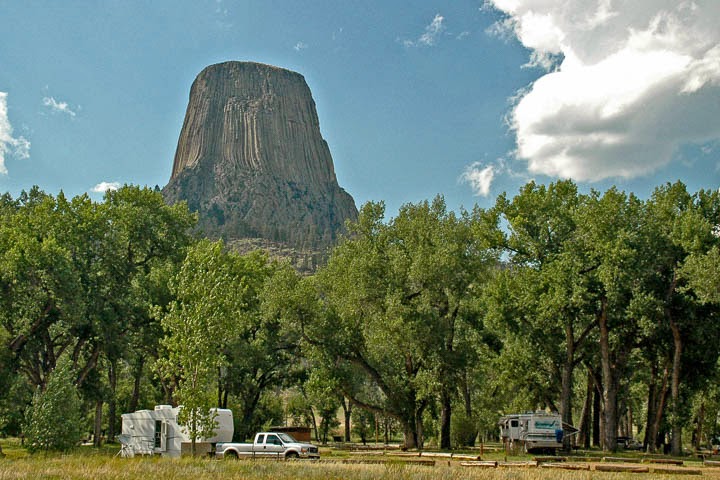 From the Wandrin Archives 2007

It happens to all owners of cars. You go to a dealership garage to get service on your car. A couple of days later, invariably you will get a call asking about your service experience. I've had that experience many times over the years as I traveled the country. It has also happened with the Highlander I now own. Those phone calls may have been annoying, but offered the answers they wanted.

I am still waiting for that first "how are you doing" call from the doctors, nurses or hospitals. I really don't want a phone call for a simple office visit. Where I want the call is when I have an outpatient procedure or after just one of those chemotherapy treatments over the past months.

At this point, I have had four out patient procedures and four chemotherapy treatments. There have been no phone calls to check up to see how I am doing. They could ask about how I am feeling. Is there any pain and other issues that I might be dealing with. If I am feeling bad and hurting, the least they could do is offer to prescribe some (more) drugs.

There has been no phone call. Ever. The only time there has been a phone call was when I called. Of course I left a message for a call back -- which happened many hours later.

I am wondering. If the auto dealers can make a call to check up on a service call, is it too hard for the medical providers to care. Just a little.
Posted by Unknown at 5:54 PM 7 comments:

...blog readers, commenters, emails, and phone calls for your continued wishes and caring.

I'm not feeling like I was twelve weeks ago before the treatments started. However, I felt good enough today to reward myself with a desert hike.

A half dozen ravens were swooping and playing above me as I walked part of the trail. Occasionally some would perch on the spines of a dead saguaro. As I grabbed my camera to catch three ravens on this skeleton saguaro, two took off. So I got what was left. 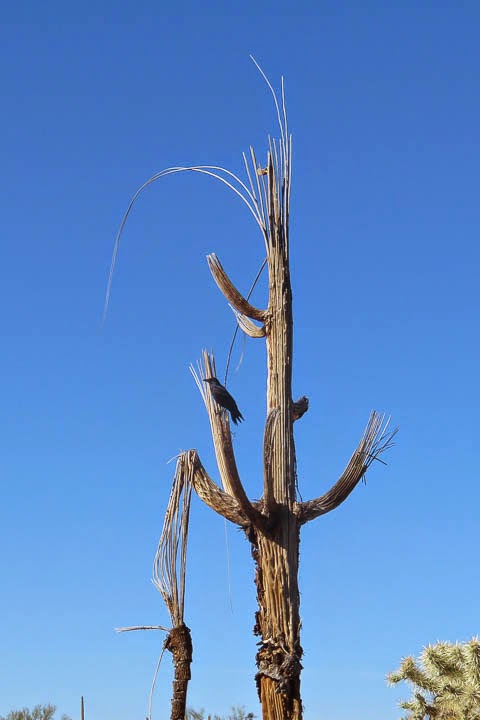 These almost evenly spaced saguaro remind me of columns from the ruins of a Green temple. 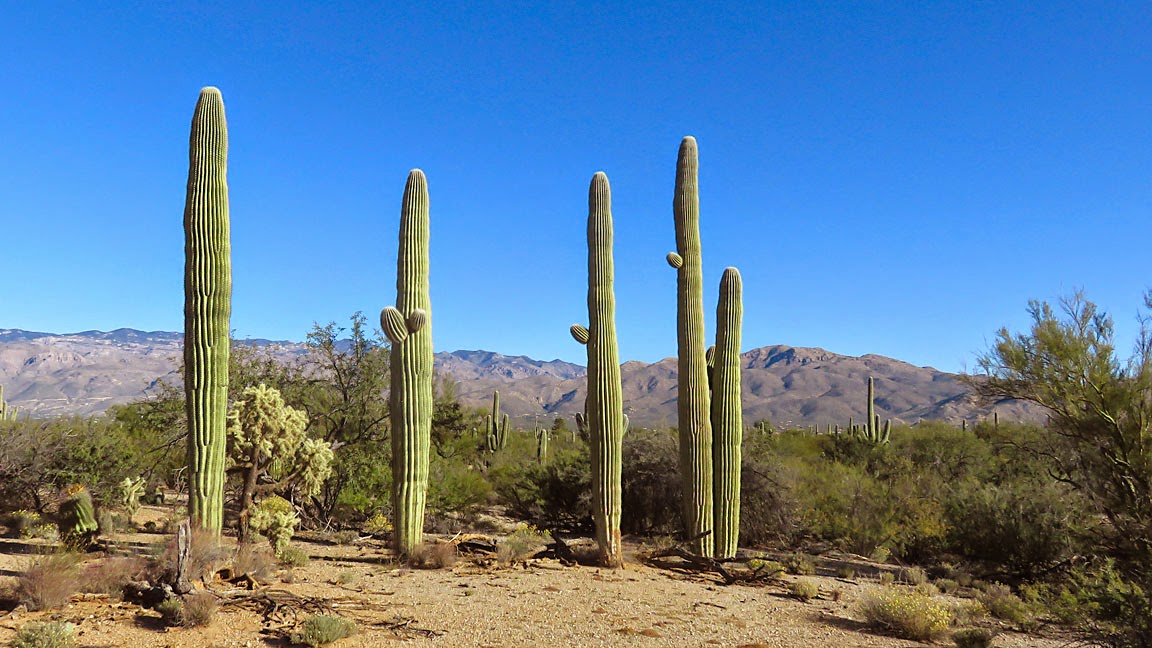 All the desert flora is looking healthy and green. That includes one of my favorite plants in the desert -- the Christmas cholla. 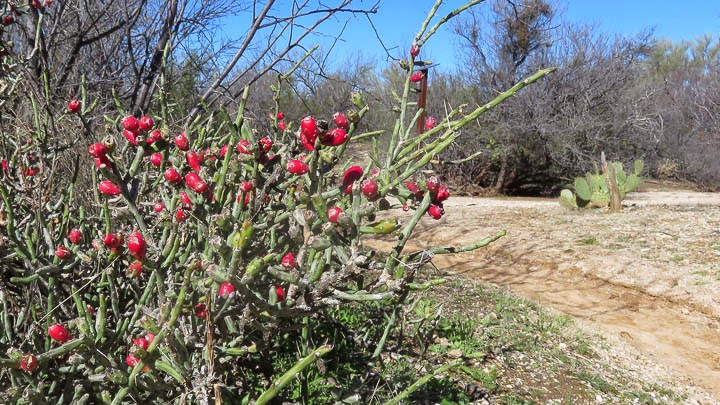 Thank you for following along. Also, thank you for your wishes and concerns for my health.

Long before the cancer lurking in my body became an issue, I had read books on cancer. Curiosity drives me. Some of those books were good. Johnson's book is excellent.

Reading decades of cancer research, Johnson describes what is known and the the vast amount that is unknown. With each new discovery about cancer, it only leads to another question. The cure for cancer is as elusive today as it was when the "war on cancer" began with the National Cancer Act in 1971.

Johnson writes a well focused book about the many areas of cancer research, the treatments for a patient's cancer, and as a family observer of a cancer patient from identification through treatments.