Washington's Capitol building was completed in 1928. The building is of classical design with extensive use of local sandstone, marble from Alaska and Europe. 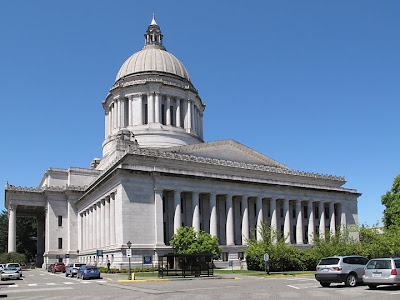 Tiffany Studios Museum? Not really. However, the Washington State Capitol has fixtures and chandeliers throughout the building that were designed and made by Tiffany Studios of New York. The largest creation is the five ton chandelier suspended from the dome. 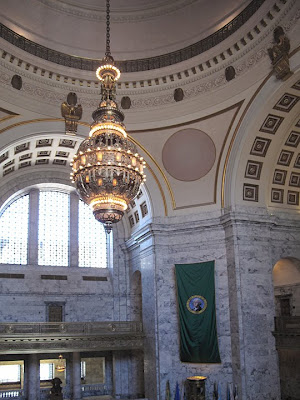 In this earthquake prone region, I hope the building is strong and stable enough to keep that chandelier up there. Regardless, I wouldn't like being in this building during a tremor.

After the tour, I wandered around the building taking more photos and admiring the building design and stone work. That was when I came upon the state's name sake -- George Washington. This sculpture was not on the tour. Regardless. It must be getting lots of visits considering George's shiny nose. 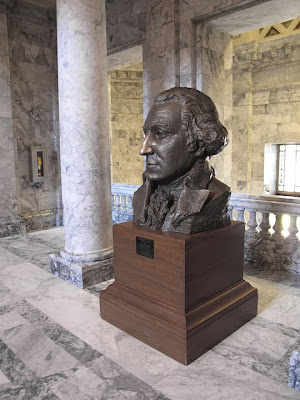 The tour guide provided all those tidbits of information that are typically shared with a tour group. When speaking of the height of the capitol building, I believe she said is was the fourth tallest in the country. So which state had the tallest. The trivia: Louisiana at Baton Rouge has the tallest capitol building.
Posted by Unknown at 11:59 AM