You are a ding dong. Could that be how my ancestors got the name Treichel. Treichel in Swiss German is cowbell or bell. It appears that several people were called ding dongs since it is not an uncommon name in some areas. There were a lot of people with that surname in the neighborhood of northeastern Wisconsin where I grew up.

When I started genealogy research for my ancestors about 1990, the definition of Treichel meant small herder. There was even a coat of arms. Yeah. Right. Of course, there was money to be had in selling something. There was a list of the Treichels in the United States and for a few dollars they would sell you a copy of your coat of arms and the list of Treichels in the United States. This was pre 1990 before the internet grew to what it is today. 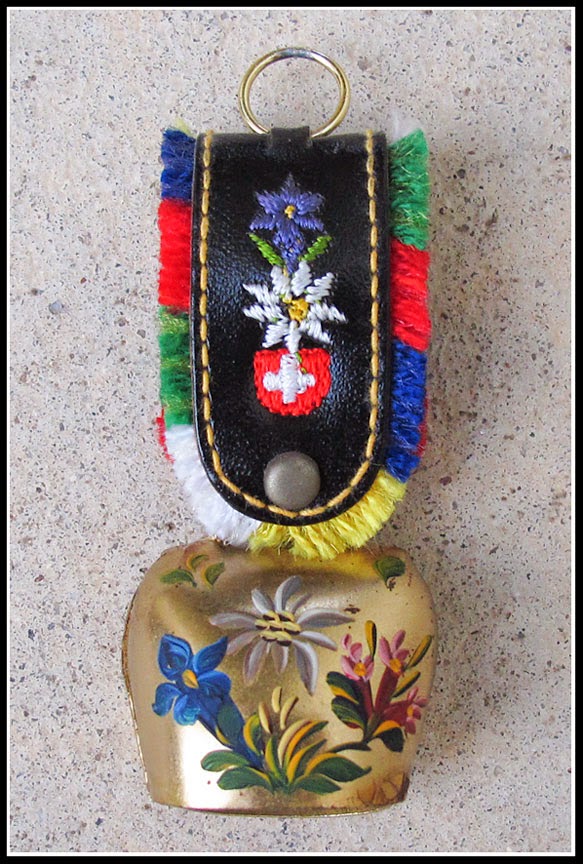 When doing more genealogical research early this century, I found more references to the definition of Treichel being a bell.

That was when I made up a story about how a cow bell became known as Treichel.


Back in the late 15th century in today's Switzerland, Herr and Frauchen Treichel had some cows. When it was time to bring in his cows from the grassy commons of the Alps, Herr Treichel listened for the bell on his lead cow. However, that sounded like most every other cow bell. Being an inventive man, Herr Treichel decided to get a different sounding bell. So he went to Herr Schmidt -- the local blacksmith.  Herr Treichel described that he wanted to get a different sound from a bell. Herr Schmidt said that was no problem. A week later Herr Treichel had the new bell on his lead cow. When farmers heard the bell, they wondered if Herr Schmidt might be able to make that same bell with a little different tonal sound. No problem. Soon Herr Schmidt was a very busy man as farmers came to him to make a Treichel (i.e. bell) for them.

That is my fictionalized version how Treichel became known as a bell.

I could have been more creative with my fiction. In recent searches of the internet for cow bell, quoting from cowbell at Wikipedia:


"The importance of the cow bell is highlighted in Swiss folklore, which reflects a period when a great Trychel, or large cow bell, was a rare and much-coveted item. The legend of the Simmental tells how a young cowherd strays inside a mountain, and is offered by a beautiful woman the choice between a treasure of gold coins, a golden Trychel, or the fairy herself. He chooses the Trychel."

According to that quote and others I found on the internet, it seems that bells were identified as Treichel for a long time.

When the population adopted surnames 500 years ago, some took the name Treichel. Others were called ding dongs (i.e. Treichel). It stuck and Treichel became the surname for other families as a result of the pejorative ding dong.