The plans to landscape the two foot by fifteen foot space in front of my home included a Christmas Cholla. It is a low growing cactus and the red fruit would provide color through the winter months. 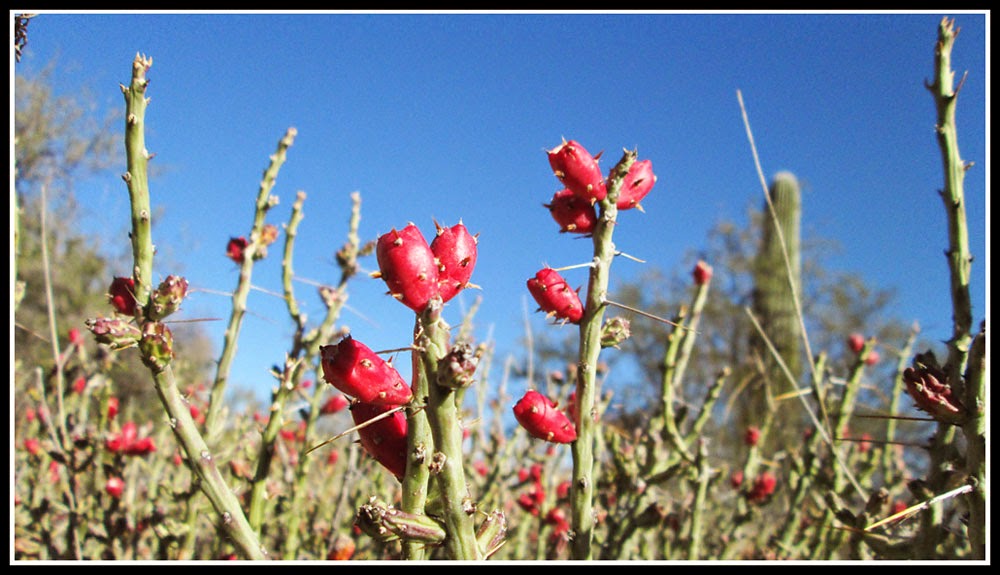 So after checking some nearby cactus nurseries, I found a young plant without fruit. With confidence that it would grow to what I envisioned in my mind and seen in the desert, it was the only cactus planted this spring.

About a week later after planting, I noted some of the much longer shoots had been cut off. With no tracks in the dirt, I eliminated a javelina. Then I wondered if a park resident had done the damage. A couple of days later there were more shoots cut from the plant. 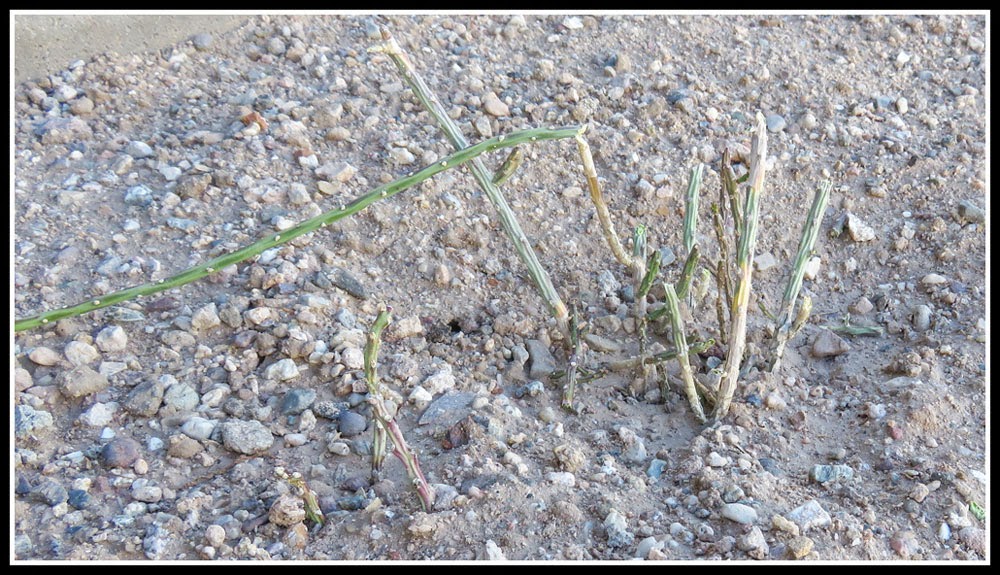 Checking with the grounds crew what might be eating my Christmas cholla, I was told that rabbits would be blamed. Yup. The wasscly wabbit was the problem. 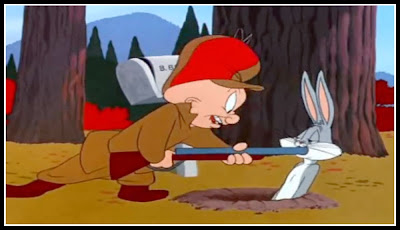 There just weren't enough thorns on the cactus to prevent the rabbit from dining on the Christmas Cholla. Not sure how he could eat it. I always handle the plant with leather gloves because even those little spines can be quite painful and bothersome.

Hunting is probably not allowed in the city limits so I couldn't follow through on the Elmer Fudd routine. So I went to Home Depot and bought chicken wire to protect what remained of the plant after the wasscly wabbit did a major pruning to the plant.

After the initial investment in the Christmas Cholla and the additional investment in chicken wire (rabbit wire), I am beginning to wonder about the costs of my future landscaping endeavors. To counter the rabbit dining in the future, all plants will be mature with huge spines.

Or I could use the left over chicken wire -- make that rabbit wire -- to protect a future Christmas Cholla from the Wasscly Wabbit.