Although I had gone for a hike yesterday, I accepted Kevin's invitation for a hike this morning.

The hike was a series of forest trails on Mingus Mountain.

The terrain is mostly chaparral with ponderosa pine, pinon pine and alligator juniper. Some of the alligator junipers were huge and no doubt centuries old. Most would have provided some great gnarled specimens for the photos I took. However, with other trees and brush in the scene, I could never get the stark beauty of those ancient trees.

The branching of this dead tree against the blue sky was a good second to my original hope. 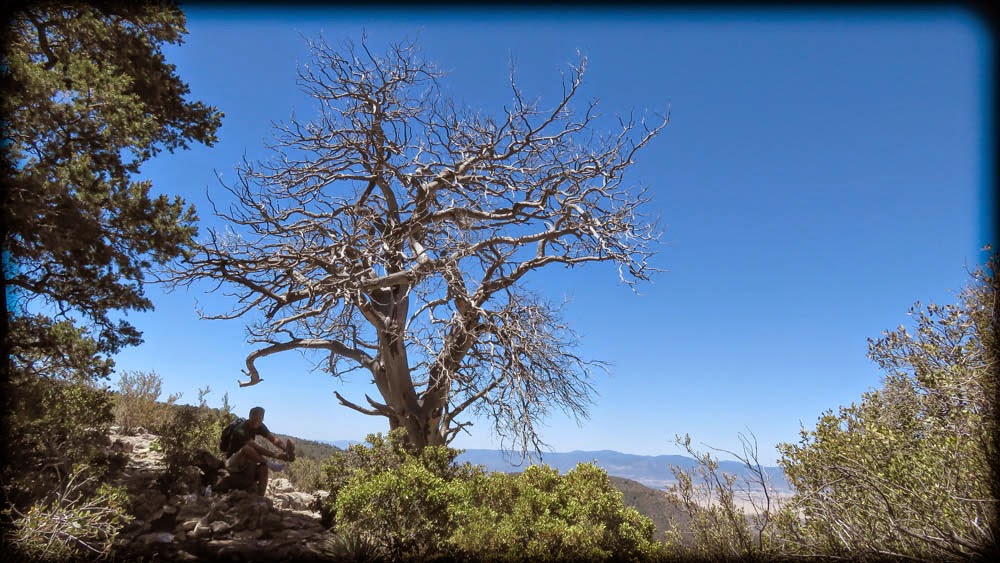 Look close and you might see Kevin sitting on a rock in the shade removing a rock from his shoe. At least he had a rock to sit on. Early in the hike, somehow I managed to get a thorn in my shoe poking mid foot. Without a sitting rock, I sat on the trail and removed the offending thorn.

Other than rocks and thorns in shoes, it was an uneventful but enjoyable hike.