Today's predicted temperature was 108 degrees. 107. 108. 110. Whatever. Anything over 100 degrees is hot. Since I was already awake at 5:30, I was on the trail shortly after six. In the shade of the Rincon Mountains, it was cool enough to put on another layer to retain some body heat. About a mile into my hike and warmer air temp, the layer was removed.

Noting hiker footprints on the trail, I was the first hiker on the Garwood Trail. Not sure what I expected at that early hour.

On the return to the trail head was when I met the first hikers. About a hundred feet further is when I noted the track of a snake in the path. Just off the path is where I saw the coach whip snake in a vertical position resting against a dead saguaro. 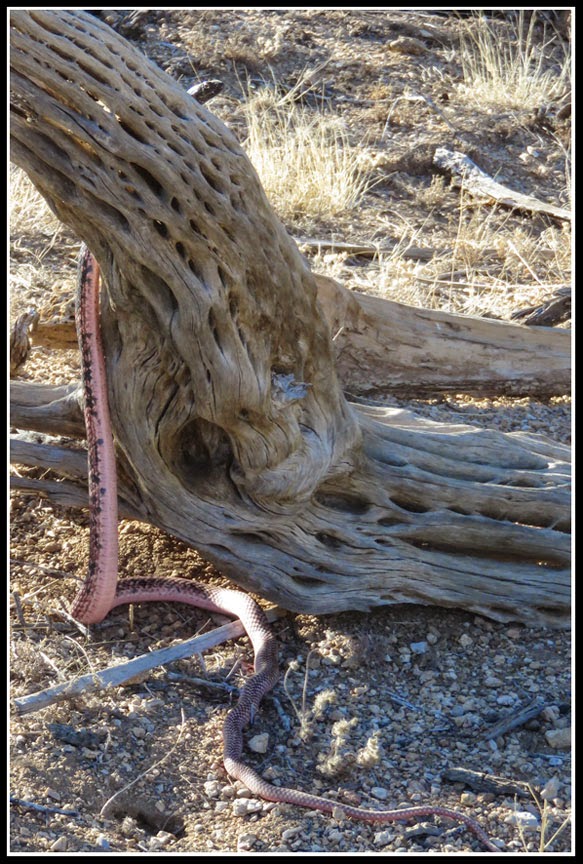 Without the pink underbelly, I would not have seen him. Resting vertically on the dead saguaro might have given it greater solar benefit. Just a thought.

Considering how frequently I hike, I am surprised -- and pleased -- that I have not been scared by a rattlesnake this season. Spotting the coach whip was the high light for this hike.