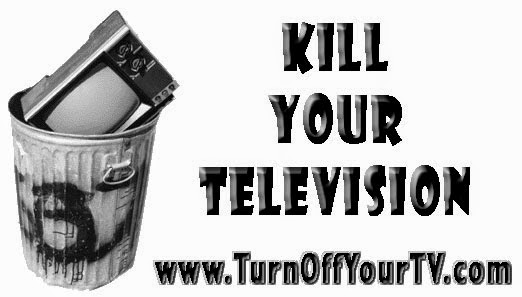 "I find television very educating. Every time somebody turns on the set, I go into the other room and read a book." -- Groucho Marx


"When television is good, nothing — not the theater, not the magazines or newspapers — nothing is better. But when television is bad, nothing is worse. I invite each of you to sit down in front of your television set when your station goes on the air and stay there for a day without a book, without a magazine, without a newspaper, without a profit and loss sheet or a rating book to distract you. Keep your eyes glued to that set until the station signs off. I can assure you that what you will observe is a vast wasteland."  -- Newton N. Minow


That quote from Minow was given to the National Association of Broadcasters in 1961. Over 50 years later, there is more TV programs over hundreds of channels. And the TV programming has only gotten worse.

For those of you who read my blog, you are aware that there has been no TV in my life for many years. Prior to that, there may have been a TV in my home. However,  I was never much of a TV watcher. TV was too passive with little action or thought on my part. I couldn't even question or get clarification from the TV talking head.