Evergreen Aviation & Space Museum (located near McMinnville, OR) contains the history of air travel from reproductions of the Wright's first plane to Hughes' Spruce Goose to war/spy planes to vehicles for travel in space. Three huge buildings including an iMax theater make up the museum complex.

The Stealth SR-71 takes up lots of floor space. A balcony around the perimeter of the building would allow for better photo ops. 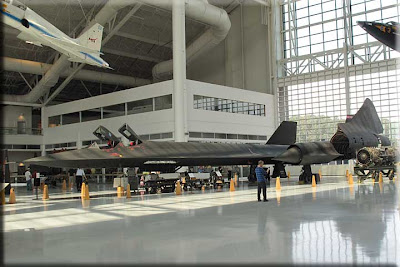 Just pull up to the nearest fuel station and fill up. With this gravity feed pump that could take a while. 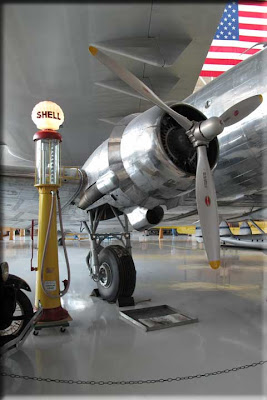 Mars exploration is done with this robot. 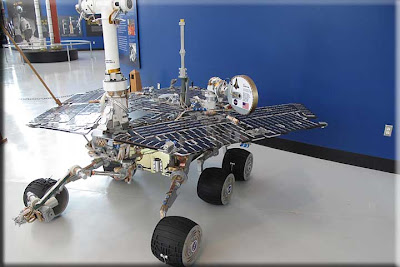 The reason I came was to see the Spruce Goose. This was Howard Hughes H-4 Hercules transport plane that was made of wood. Not made of spruce, but mostly birch it is an impressive construction of wood. The plane was flown once -- for a mile. 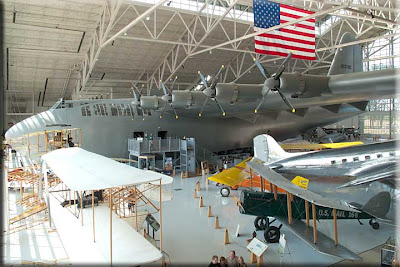 I asked a docent if this plane could carry its own weight let alone a payload. He replied that some aeronautical engineers have calculated that with the eight engines it would have been able to handle some payload, but not a full plane. The other issue is that the plane was not built for runways. It was built as a sea plane. Takeoff from water takes a lot more power.

What I found rather humorous about the plane was this puny little anchor and mooring line for the Spruce Goose. 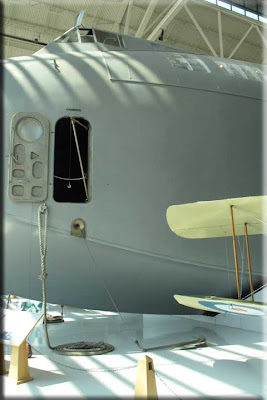 Museums can be a bit boring to kids so how about creating water fun park with a 747 as part of the construction. (Open soon.) 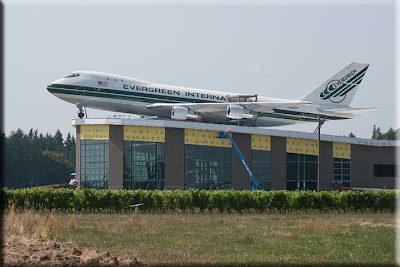 A return visit for the water park? Don't think so.
Posted by Unknown at 10:06 AM