275 square miles of white sand at White Sands National Monument. That is one huge sand box.

White dunes make dramatic scenery as I walked atop the dunes and looking far in the distance to see more white in every direction. It is a blinding white requiring sun glasses. For perspective of the dunes, here is a photo of Silver Slug in the scene. With frequent winds blowing from the west, the dunes are on a relentless path eastward. Flora and fauna have adapted to this harsh environment. The fauna was in evidence by the tracks on the sand. The flora stood still allowing for some photo ops. 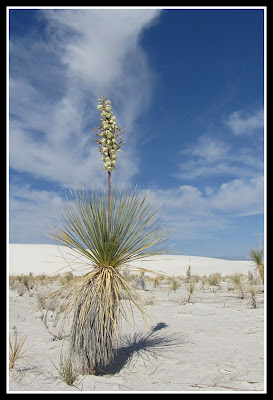 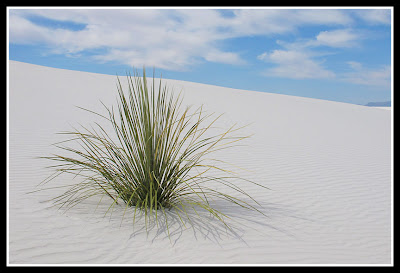 As I continued my journey along the eastern edge of the missile range and the Trinity Site, I had hopes that all the radio-active fallout from that bomb had dissipated.