After several days of exploring with my Silver City host, it was time for him to get some bicycle exercise and time for me to walk the downtown area looking for photo ops.

Nancy's restaurant is in the one time building of the Elks. As Boonie and I were headed to the restaurant, I noted one of these mythological creatures on each side of an entrance door. Apparently they were an addition by the current owner. Trying to remember where I saw that creature before. 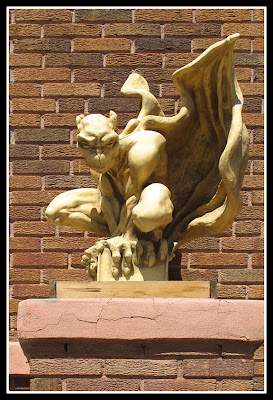 An apt name for the tattoo business. 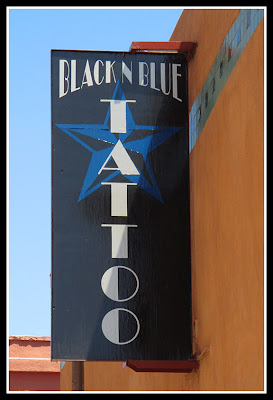 As I walked the streets, I noted several of the large murals that cover the blank walls of the commercial buildings. When I spotted this one, this was a sure photo op. Love the colors. 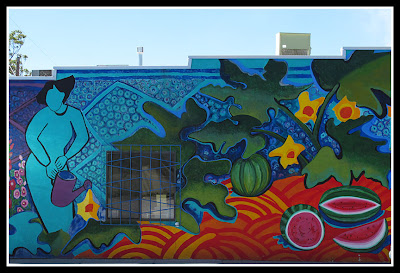 Parked at the mural having his breakfast is where I found Glenn who blogs about his travels at To Simplify. Much younger than the usual RV full time traveler, it is encouraging to see one breaking away from the "normal" and "musts" that society seems to inflict on the human being.

Continued walking is when I came across this bumper sticker. 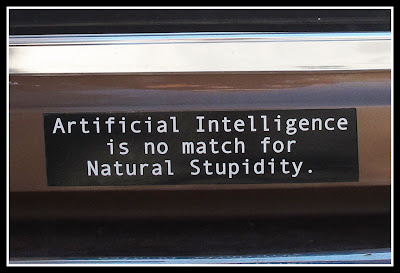