Mini Book Review: Why We Get Fat by Gary Taubes. Subtitled And What To Do About It.

In a recent visit to a Barnes an Noble bookstore, I noted an aisle where both sides of which were cook books. In the next aisle over one entire side had books of eating healthy and diet books. There is something wrong with this picture. That is where I first noted the Gary Taubes book where it was prominently displayed.

Why We Get Fat is not a diet book. This is a book which summarizes the story of human body metabolism of food. He notes that current observations about the diets of fat people is not any different than it was 200 years ago. He also reviews the literature of 20th century hunter gatherers and their diets.

The 50 year long fallacy of why we get fat is "calories in -- calories out". Taubes points out that this is wrong. That isn't the way the human body operates. In one chapter, the author summarizes the findings of studies of some of the more lasting diets and finds that the Atkins comes out a winner. The Atkins diet is a low to very low carb diet with calories essentially coming from fat and protein. 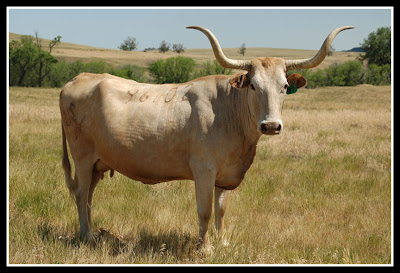 Although this is not a diet book, he does describe a diet that looks very like the Atkins diet. The book is worth the read whatever you take away from the book.

After years of hearing "calories in -- calories out", it will become a major effort to change the way we have been brain washed for fifty years.


How about my experience with a personal variation on the Atkins diet.... A long time ago when I was still employed, there were lunch meetings with customers. Knowing that I was going to have a hard time keeping my eyes open for the 30 mile drive back to the office, I would take No-Doz. Upon returning to the office I mentioned the drowsy drives to co-worker Jane. Her recommendation was to have a naked burger next time. No carbs. She also suggested reading the Atkins diet book. Which I did. It made sense.

It worked. No more carb crashes after lunch. Thanks to Jane, I also changed my eating habits. Reduced my consumption of breads and carbs. I love bread and still do. Or perhaps it is the butter that I love. I've been "main lining butter" for many years -- slice of butter without putting it on bread.

The reduced carbs in the diet caused me to lose ten pounds in two months. The diet was mostly proteins and salads and very few carb loaded foods.

Time to return to the diet that worked and forget about a "balanced" diet -- whatever that is.

Note: Never did really have any guilt for main lining butter, but Taubes' book makes me wonder if this is something my body was telling me it needed.

For additional reading on the harmful effects of carbs especially the concentrated carbs in sugar, check out a piece on Toxic Sugar at the New York Times.