Downtown Tucson is undergoing construction. A street car track is being built through the downtown area causing no end of traffic rerouting and dead ends. In addition to the street car construction there are at least three major building projects. One appears to be a Federal building. Another appears to be an apartment building. There were also building renovation/permits for some vacant buildings on Congress. Wonder if zero interest rates might be the reason for all this construction activity.

Been avoiding downtown ever since my first visit when I arrived in Tucson six months ago. Yesterday was time to go for a photo walk of downtown.

All photos were taken with the Canon SX230 and rendered further with Adobe Photoshop and Topaz Detail Plugin. 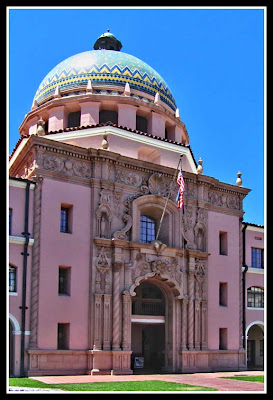 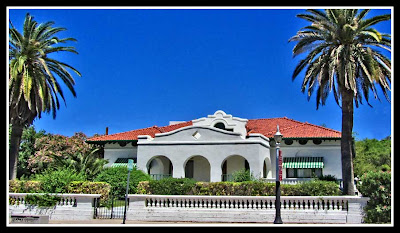 Corbett House (built 1909)
on the Tucson Museum of Art complex 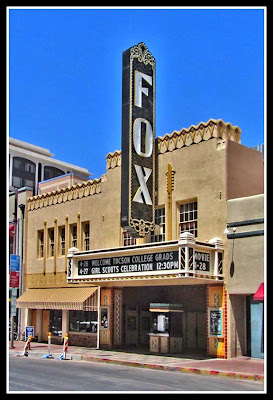 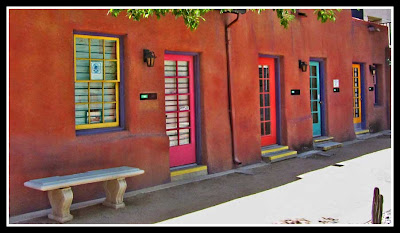 The Stables is a very colorful residential retail complex

Bottle of water in one hand and camera in the other, it was a good day for a walk in downtown Tucson.
Posted by Unknown at 9:40 PM