When parked in Denver, I was impatient with the slow speeds on the Verizon 3G network on the MiFi card. That impatience caused me to head into a Verizon store. Soon I was $100 poorer and I had a Verizon 4G MiFi card. 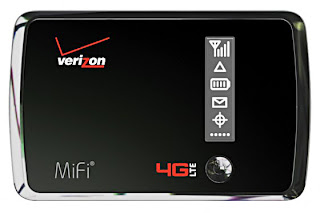 It was worth it. The speeds were noticeably faster. Soon, downloads became a habit. Had to change from the 5GB data plan for $50 to 10GB for $80 a month.

That was Denver. I was spoiled like the little kid that I can sometimes be. Yesterday, Wandrin Wagton was moved to Loveland at Boyd Lake State Park. Back to the slow speeds of 3G. Rats. The Verizon towers have not been updated in this market. Fortunately, the MiFi card is downward compatible. Down to National Access (1X) if I find myself in such a location in my travels. Hope not. Oh well. There is always free (for the price of tea) WiFi someplace along the route.

Looking at the Verizon 4G coverage map, the next time a 4G market is on my anticipated travel route, I will be in San Diego. That will be December. Withdrawal is tough to deal with.

History predicts that it is only a matter of time before the 4G band width will be consumed and download speeds will have tanked just like 3G is today. What does it look like for the future. Cisco forecasts internet traffic in 2015 to be four times current usage.