Written by David Roberts, the book is subtitled: The Life and Unsolved Disappearance of a Legendary Wilderness Explorer

To familiarize the reader with the subject of this book, check out the Wikipedia entry for Everett Ruess

My first read about Ruess was in my early nomadic years of 2002/2003 when I happened across the book A Vagabond for Beauty by W.L. Rusho's (published 1973 -- now available in Kindle format). Ruess' story has fascinated me ever since. His love and admiration of the rugged rock beauty of the Four Corners is like my own feelings for the area. 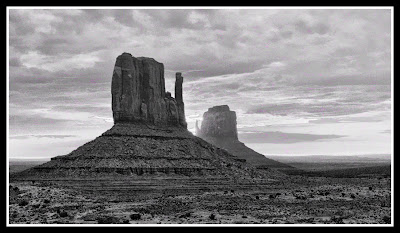 First half of Roberts' book a biography of Ruess. As a biography, it starts with Everett Ruess' childhood and ends with his disappearance in 1934. Original materials of letters, diaries, art work form the basis for the short productive years of Ruess' life. Other authors -- including Krakauer and Stegner -- have also been fascinated by Ruess and wrote about him. Roberts also includes edited material from those writers.

What has happened since 1934 is included in the second half of the book. It is a review of others' attempts to solve the disappearance -- the crack pots, con artists and the serious searchers. Then the author tries his hand to solve the 1934 disappearance of Ruess. The plot thickens as the author discovers that some of Ruess's original materials are in the hands of a private collector. Roberts includes the 2008 stories of discovery of bones in a crevice thought to be Ruess'. With forensic work and DNA tests, the first tests showed a match. However with questions outstanding, subsequent tests proved that the bones were American Indian.

The mystery of Everett Ruess remains. Perhaps that is best for a myth.

Roberts book is a great read covering everything about Ruess' short life and the 70 plus years since his disappearance.

From Everett Ruess' own writings, he may well have written his own autobiography:


Say that I starved; that I was lost and weary;
That I was burned and blinded by the desert sun;
Footsore, thirsty, sick with strange diseases;
Lonely and wet and cold... but that I kept my dream!