Arrival at Monument Valley was in a light rain. Through the afternoon and evening, several photos were taken in attempt to relate the beauty of these rock monoliths. Not to bore the reader, here is a selection of the many photos that were taken. 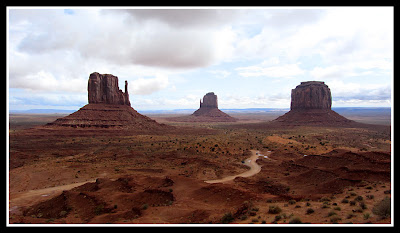 Low hanging clouds provide the gray cast to the scene. 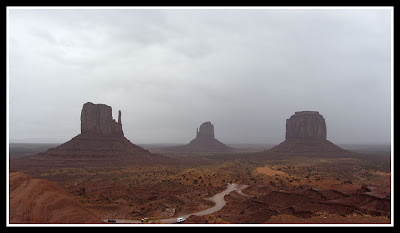 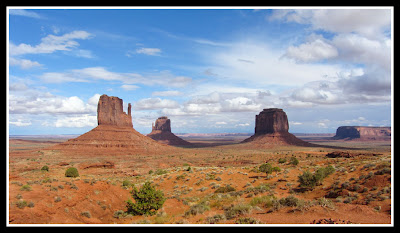 As an afternoon rain shower cleared, a rainbow appeared. 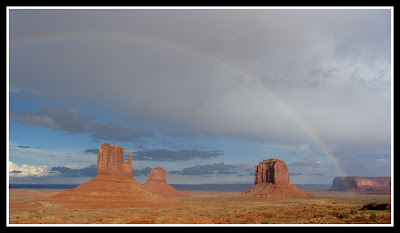 Closing the day with a sunlight reflection. 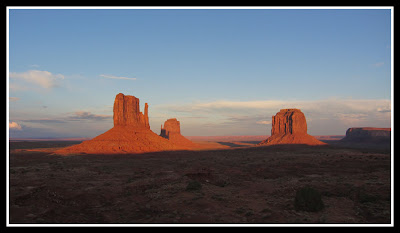 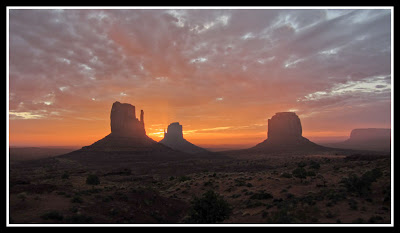 Up in the middle of the night, I checked that scene with an almost full moon. Thought about setting up the camera to capture the scene. Needed a tripod. Would have to take several photos before I "might" get one that my eyes see. I decided to rely on my memory for future recall. Imagine the rock monoliths silhouette in a world of grays with a blue cast.

There was a brave attempt to try to reproduce that image with an existing photo and Photoshop. Perhaps it could be done, but my skills with Photoshop were not up to the task. The results of my lame attempt: 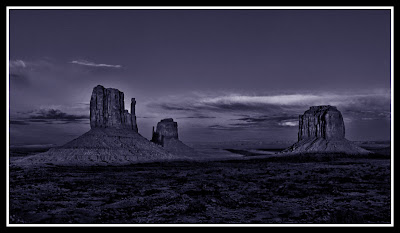