With Colorado National Monument I've been able to check another of park off the list -- or bucket list if I had one. Dinosaur is the only one I haven't visited in these ten years although it was visited in the early nineties on a road trip. Plans are to catch that one in the spring of 2012 on the way north for summer exploring.

My tour of the Colorado National Monument included driving tours and hikes. Those ancient rocks make me realize my insignificance in the natural world. At the same time I marvel at my significance to be there and witness a slice of the millions of years of geologic history before me. 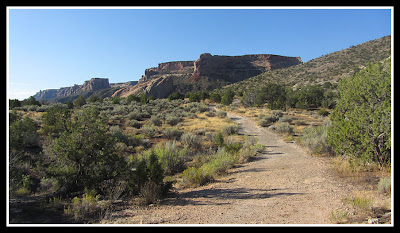 Throughout the park, there is evidence of continuing geologic change. After some rock had fallen from the canyon wall, the patina had not darkened the rock surface once again. 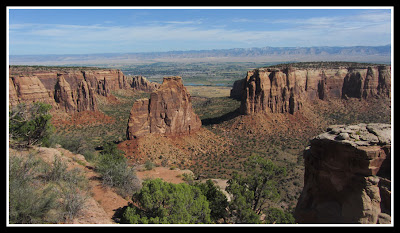 Independence Rock and numeroous other named monoliths in the monument are the result of many years of wind and water erosion. That also continues. 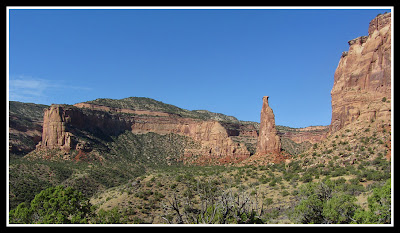 Throughout the Monument are gnarled juniper hanging on to the little moisture that falls on the Monument. No doubt some of these junipers were ancient -- 100 years old or more. During my walks or driving tours, I noted several trees that were natural bonsais. Noted one juniper that was no more than two feet high, but the trunk at its base was about two inches across. 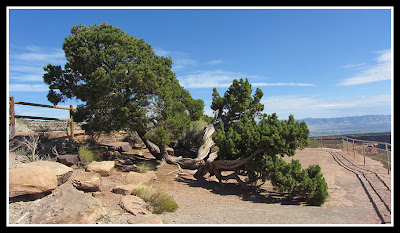 I continue to be awed by Nature's artistic creations: the rock shapes, textures, rock varieties, colors and structures.