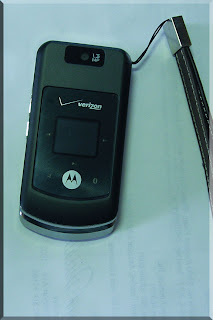 Sitting at a Starbucks recently and noted two ladies sitting at a table across from each. Not so unusual, but both were on cell phones. Not sure how long, but when I looked up again from my iPad, one was waiting for the other to ditch her cell phone. Assuming they came to chat with each other, why the cell phone conversations.

That sighting reminded me of my travels in Australia in 1998. I was seated at a cafe table at an outdoor bar. At a distant cafe table were two ladies with a champagne bottle on the table. The champagne had been poured and they were tipping the flutes. Then I noted one on a cell phone. Then the other was on a cell phone....  If the event could justify a bottle of champagne, why the cell phone interruption.

On a hillside of switch backs, a lady on the trail above me was waving her arms and talking very loud. Couldn't make out the conversation. Was it Tourettes. Nope. As I we rounded the switch back, I noted she had a BlueTooth gizmo attached to her ear.  Hands free talking is Tourettes.... My assumption: they are on a phone even when not on a hike.

Another time I had gone into a public restroom standing at a urinal when some one in a stall said "Yes". Was that directed at me. Decided that I would not respond. Finishing up and as I headed out, I heard the voice continue, "14 inch pepperoni to go. Extra cheese. I'll be there for pickup in about ten minutes...." Still wondering about that one.

My cell phone.... When I am not there or occupied, the cell phone is an answering machine.