On The Road To Denver -- Continued

Albuquerque is a nice place to visit. However, I'm not so keen on Albuquerque zoning. Parked on the north side at the Sandia Casino, I found the nearby shopping places are concentrated in a way to cause traffic nightmares. Parked in streets waiting for lights to turn does not make for a pleasant experience. No doubt the locals are used to it and plan life accordingly.

Managing the traffic delays while shopping at Trader Joes, Costco and large grocery store. Once again the pantry, refrigerator and freezer are stocked.

The next stop was the Santa Fe Elks. With Santa Fe at about 7000 feet, it was uphill for 50 miles from Albuquerque. There were few times when Silver Slug was in overdrive. That elevation change also meant cooler temps. Just a few days ago I was trying to escape mid 90s at Elephant Butte. At Santa Fe, day time temps didn't get into the 70s.

When I arrived at the Elks, the lodge was having a car show. Walked around taking photos of mostly classic restorations. Partial to the Ford line, this was my favorite: 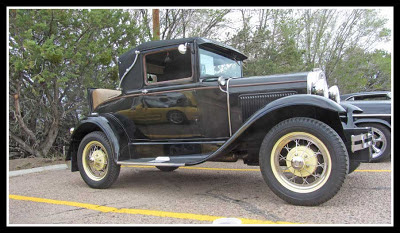 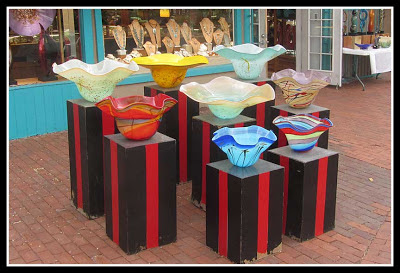 Browsing the sidewalk vendors was a seller of hats. Dang. Been looking for a Panama hat. There it was. And it fit. Rats! 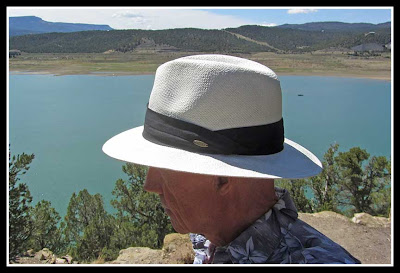 With more walking, there would have been more photo ops. This one was found along Canyon Road. (Some Photoshop and Topaz plugin enhancement.) 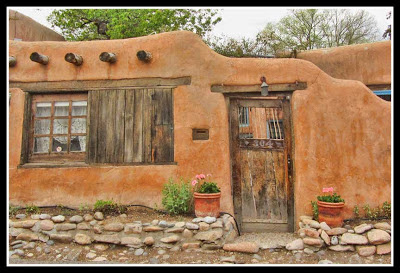 From Santa Fe to Denver most times the journey went through Taos and north into Colorado to hit US Hwy 160 to I-25. I had done that route many times and stopped, camped and explored many places along the way. It was time for a change. Also had done I-25 from Santa Fe and done some exploring along that route. Needed some new exploring. After considering several possibilities, I decided to do a long 200 mile run to Trinidad, Colorado and the state park. Never explored that area before.

Arrived at the Trinidad Lake State Park visitor center to check in. After being just a day or two behind Barb and Ron for about a week, I finally caught up. Or perhaps they traveled slow enough for me to catch up. They had just registered for their one night stay. I registered for a two night stay. They elected a lower priced camping option on the opposite side of the lake. From my campsite on the ridge above the lake, their white coach could be seen. 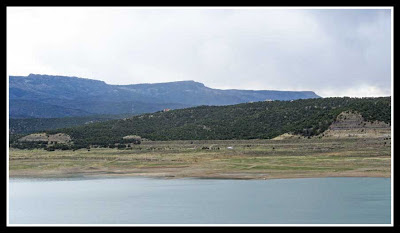 Later that afternoon, Barb and Ron stopped at my campsite. We chatted and caught up on living and life. We will probably cross paths again before too long. They will be in the Denver area for several weeks before heading north to the SKP Escapade in Gillett, Wyoming.

Trinidad Lake is at its lowest since 1992. No change is expected in that level this summer. It will essentially be a pond. The outflow equals the inflow from the Purgertoire (pronounced "purgatory" by the locals) River. That much smaller lake of water might make it pretty tough on the remaining fish.

Downtown Trinidad was a once thriving town that struggles to stay relevant. Without maintenance or tenants, there are several empty buildings and store fronts. It is a struggle experienced by many small towns.

Stopped at the Arthur Roy Mitchell museum to view his collection of art. Appears he didn't part with his art. The walls are covered with his art. 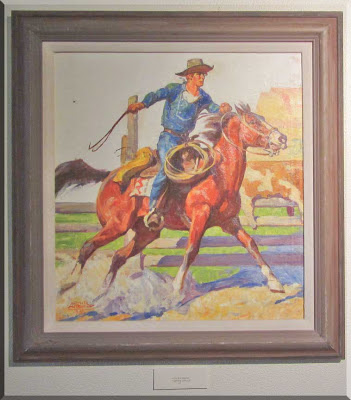 The on site "ticket taker" said that there were many more in the basement. The museum contains a reconstruction of Mitchell's painting studio. 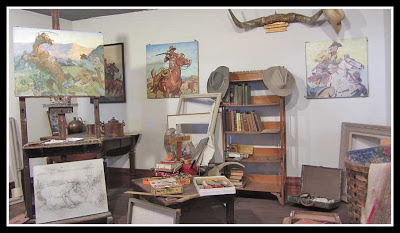 Amazing to me was the museum was in the one time Jamieson Department Store -- built about 1890. The store ceilings and floors had not been upgraded. The tin ceiling survives intact with the wooden floors and stair cases. No doubt it was the place to shop until closing its doors in the early 1980s. 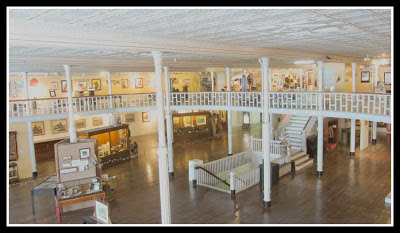 The First National Bank is a treasure that has survived intact from its initial construction in 1892. Three floors of quarried stone provide a very attractive building. (Today, commercial buildings appear to be built by cost accountants. Build a shell and attach a sign with the company logo. When time to sell, take the sign off.) 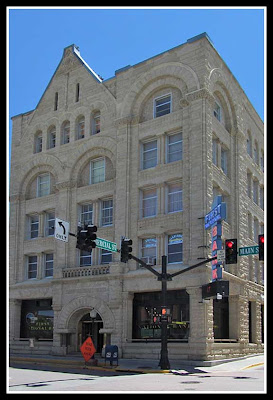 Inside the bars still exist for teller stations. 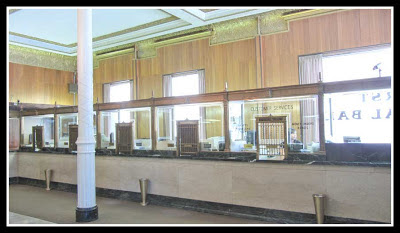 Something new to explore is a good thing. It was a good day and on to the next stop at the Colorado Springs Elks Lodge.
Posted by Unknown at 2:08 PM