Digital photography is great. Take enough digital photos, you're bound to get a good photo. Store the photos on the hard disk. Each photo doesn't take up any physical space -- only changed bits on the disk.

Actually, it's not a good idea. A better method would be to follow my approach when I took real photos and slides. Keep the good photos. Toss the duplicates. 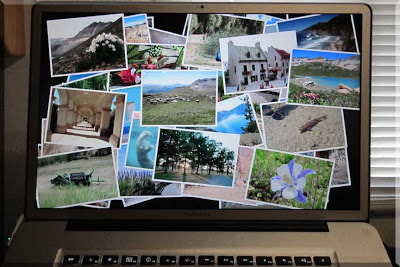 On a recent quest to locate a particular photo, I realized the disaster that I had created by not doing proper maintenance when the photos were originally loaded to disk. There were duplicates and some really bad photos. Some even out of focus.

Wonder why I care about cleaning it up. Those children who would inherit the digitally stored photos would not care about the photos that I deemed worth keeping. Without a person in the photo, the photo would mean nothing to my children.

That was the situation when I went through the photo slides that my father had taken. The photos were a record of where my folks had been and where they traveled. If there were people in those photos, I kept some of the slides. The others were dumped.

It might take a couple of months, but I am on a mission to perform major editing on the avalanche of photos on the computer's hard drive.