We Are Going To Die

Not a prediction of some god ending the world. We were born. We will die. That is not any different than any other animal species.

For those in their 70s and 80s and with Medicare, when faced with some serious health issues, why medically extend life by three to six months of suffering and feeling lousy. Give me quality of life -- not quantity. And that medical care doesn't come free. For those on Medicare or Medicaid, much of escalating medical care costs are subsidized by the taxpayer.

All those medical visits courtesy of Medicare appear to be free since there is no co-pay for an office visit or medical procedure no matter how expensive. Perhaps if the recipient wants the procedure, 1% of the cost becomes the co-pay. At least the recipient or the next of kin could decide whether they want to spend the money considering the poor outcomes of most medical procedures done for those in their 70s and 80s. 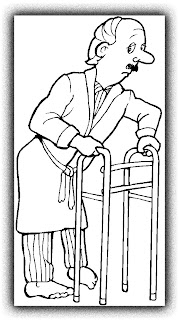 We are going to die. For those who are no longer able to take care of themselves and require (expensive) nursing home care, the first thing to be done is to discuss the inevitability of death. The nursing home should be palliative care. Make the patient comfortable. There should be no drugs to maintain life.

The only exception to this process is for those who have the wealth to take all those medications that their doctor may prescribe.

For those individuals who have become wards of the state, the job of the state is to keep that person alive. The taxpayer picks up the tab -- everything, That includes the monthly costs of nursing home care including all the drugs prescribed to keep the individual alive.

My dad managed to blow his personal wealth. In his early 80s, he was living in subsidized housing. In his late eighties, he could not live alone and required nursing home care.

Before entry to the nursing home, all medical prescriptions were ignored by the 87 year old man. He believed in healthy living -- not drugs. Once in the nursing home, he got all the prescriptions courtesy of the tax payer -- and the pill lady watched him take the pills. He asked for a daily vitamin C tablet. It was refused by the doctor as not needed. Instead what was needed was a handful of pills morning and evening. I happened to be at the nursing home for a visit one afternoon when the pills were delivered to Dad. Looked to be about eight in the cup. Not sure how many more were there in the morning dosage.

What were those pills for. Considering he had been diagnosed with high blood pressure, elevated cholesterol, congestive heart failure, dementia and Alzheimers, no doubt there was a pill(s) to address each of those diagnoses. Those were the conditions that I was aware of. There may have been others. No doubt, among those pills was a psychotropic drug to make him a docile resident.

We are going to die. Why all those pills to keep him alive. This man wanted to die. He didn't want to live his final days this way. Not thinking too clearly and no short term memory, he couldn't remember to refuse taking the pills. Besides he was a ward of the state and the state's requirement was to keep him alive. The pill lady made sure as she watched him swallow those pills. 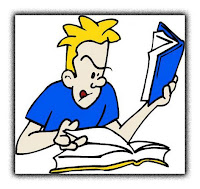 It is poor use of tax payer dollars for medical care for a person no longer working or contributing to the economy in some way. It would be a far better investment of taxpayer dollars to subsidize the education of a college student. That would be an investment in the future.