There appears to be a consensus that the Pledge of Allegiance does not reflect the current sentiments of the US citizens. 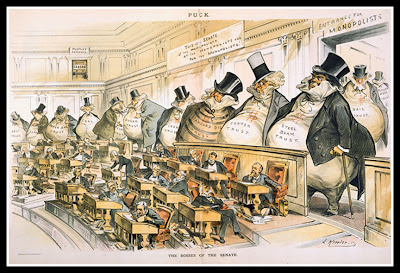 We, the citizens, pledge allegiance to the legislators of the United States of America, and to the corporations for which they stand, one nation under the Federal Reserve, ideologically divided, with liberty and justice for all who can afford good lawyers.


Note: The cartoon was drawn by Joseph Keppler and appeared in Puck on January 23, 1889.