Saguaro NP East is a frequent destination for a hike. It is a short drive to the trail heads, but it is a pleasurable contrast to urban Tucson. For me, hikes are an escape from what is called civilization seen in the distance from a hike high point. 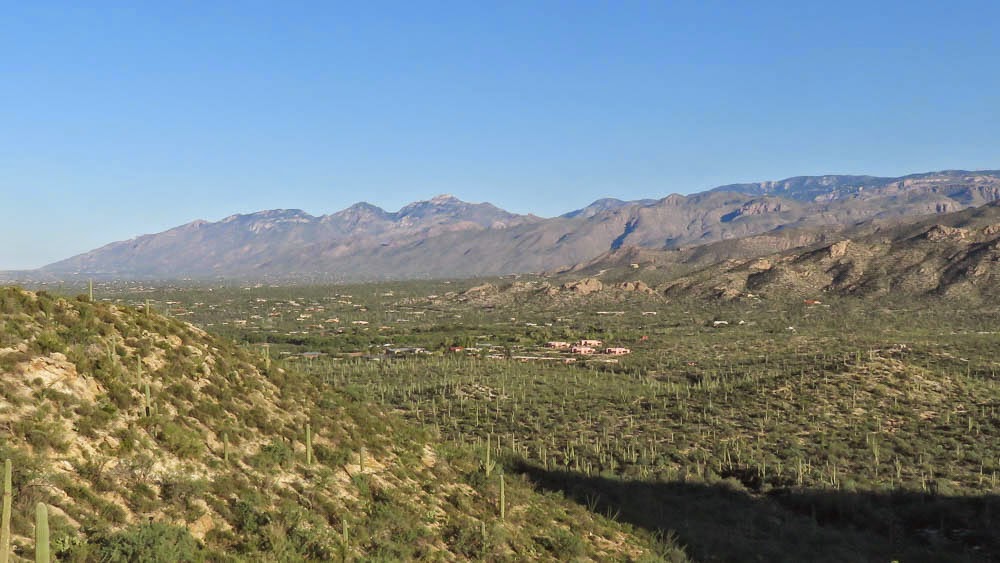 Like any large urban area, Tucson is not natural. It has lots of traffic, buildings, pavement and maintained landscaping. The landscaping is watered, trimmed and primped to resemble nature done by a landscape designer.

That is why it is such a pleasure to get away and enjoy a natural world which isn't someone's ideal planned landscape. In that natural world of Saguaro NP East, the living coexists with the dying or the dead. It stays there and decomposes to provide a living for the next generation of plants.

It looks good and it smells good. The great pleasure is the silence. City traffic and street noise doesn't intrude. Occasionally, there is short term noise from a plane overhead. The usual sounds are birds, the crunch of shoes and the ping of trekking poles.

The downside are the occasional agnnoying gnats buzzing around my head. That's okay. I can handle that for the pleasure of enjoying the silence.