When your home is on wheels, moving is simplified. This time it was the weather that made me hitch up. With Southwest Colorado predictions of snow at higher elevations and night time temperatures in the thirties, it was time to migrate further south. There also were freeze warnings. I would rather be warm, so I headed out.

With several options of travel to the southwest, I had explored several of them in past journeys. Looking at an Arizona map, I noted one place I had not explored previously. Homolovi State Park was right where I wanted an overnight stop.

The campground at Homolovi State Park has wide open views. Large spaces. Water and electricity at the sites. Dump available. There were lots of empty spaces to choose from. Arriving at the campground, I was the fifth camper. However, soon the place was swarming (actually there were about ten) with Airstreams. Must have been some kind of camping club.

The park provided some new exploring as I wandered around the various ruins dating from 1200-1400 AD. For more information about the history of the park and the ancestral Hopi that were here 700 years ago, see Homolovi State Park at this Wikipedia entry.

After touring some of the ruins, I joined a ranger led tour to ruins that are not publicly available. The ranger was a wealth of knowledge and answered many of the questions posed by the group -- including me.

The kiva at this site was rectangular rather than the round that I had expected to see. 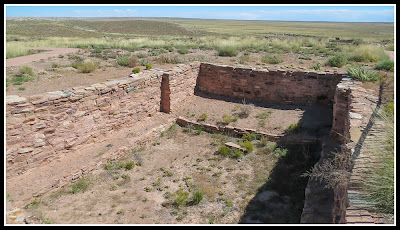 The ground at all the ruins was covered with pottery sherds. Some of the sherds are from pottery made locally, but many more were from the trading route. 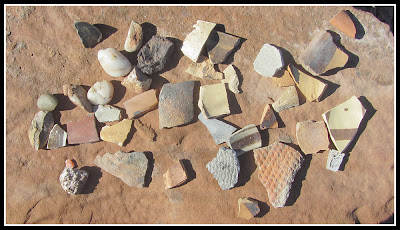 Making of stone tools through knapping was also in evidence with these stone shards. 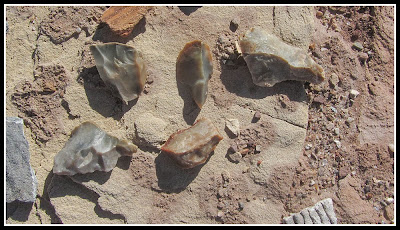 No ruin site from the southwest would be complete without petroglyphs. This was only one of many petroglyphs at the ruins. Prior to state ownership in 1986, the area was a ranch and locals contributed the 20th century petroglyphs. 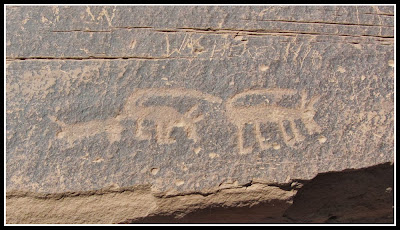 The Hopi ancestors that settled here were farmers using water from the Little Colorado River. In addition to corn, bean and squash, according to archeological research their diet included rabbit. They didn't get them all. 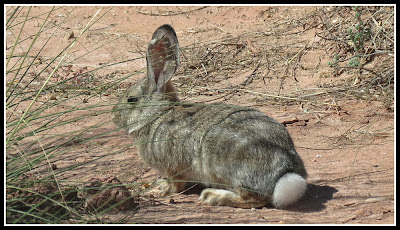 I always enjoy learning. Today was a great day.
Posted by Unknown at 9:04 PM