About ten days ago during the Book Festival, the temperature barely got over 50 degrees. Less than a week later it was over 90 degrees. This body wasn't used to that. Two days later temps were back into the 80s comfort zone.

Although I don't write about daily living, I've managed to keep myself busy. Doing laundry or grocery shopping is not something worth writing about. One major laundry event was that the six silk Hawaiian shirts in the collection were laundered. Six shirts in one load. Cheaper than dry cleaning. Results: They are wearable.

The greens and browns of the desert are beginning to take on accents with the orange of the poppy or the feathery pinks of the fairy duster.

How about a photo of a yucca: 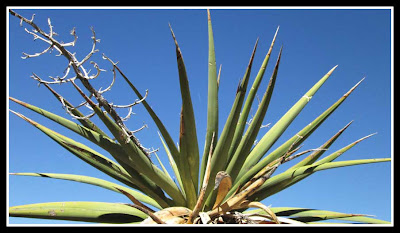 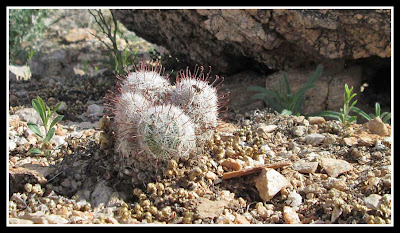 ... or the iconic Sonora desert Saguaro
as prim and proper: 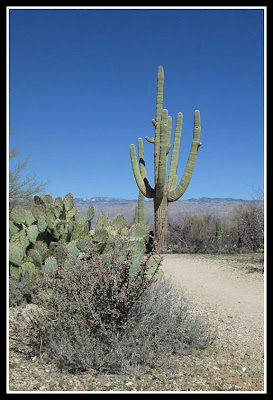 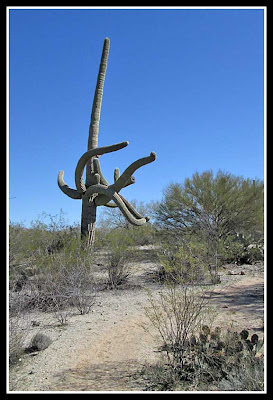 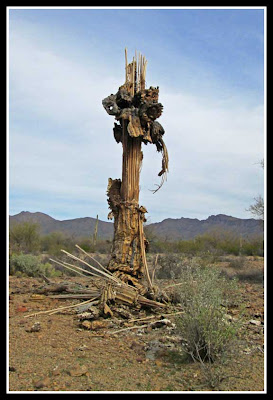 Rick strikes a pose by this saguaro
to prove that six foot two is not very tall. 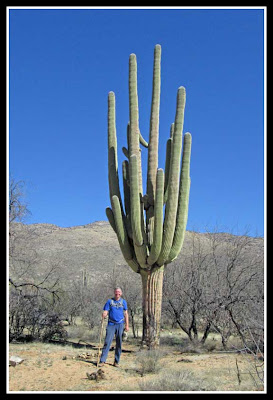 Rick also joined me for a
hike to black sheep cave 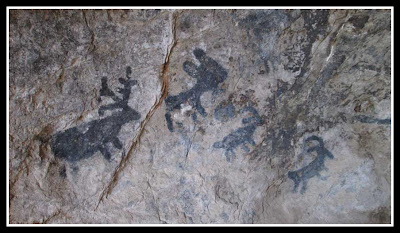 Temperatures in the 80s and wild flowers beginning to bloom. Life is great as we spring forward to the Vernal Equinox.
Posted by Unknown at 10:45 PM