Blood and Thunder by Hampton Sides

With the subtitle: The Epic Story of Kit Carson and the Conquest of the American West. 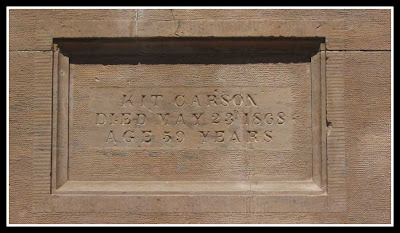 Kit Carson was there as American western history unfolded. This history focuses on the life and times of Kit Carson from his early years as a fur trapper to his eventual promotion to general within the US Army. With a vast knowledge of the Rocky Mountains and ability to speak Indian dialects and Spanish, Carson seems super human. There are times when the book seems to border on historical fiction as Carson crosses paths and meets many of the trappers, soldiers, Indians and other historical figures in the carrying out of Manifest Destiny on its journey to the Pacific Coast.

Weaving in the good and bad of humanity on the journey west, this is an easy to read American southwest history by a good story teller.

The photo is words on an obelisk honoring Kit Carson. The sandstone obelisk built in 1884 is in front of the US courthouse in Santa Fe.