Arrived in the Tetons last weekend in the midst of a cold spell. For two days the temps didn't get above fifty degrees. So cold there were times when flakes of snow fell from the sky. Spring time weather is still in control. At 6600 feet in elevation and at almost 44 degrees in northern altitudes, this place is cool. Too cool for shorts. Been wearing long pants ever since my arrival.

Actually, Teton Valley is more than cool. There really are no words to describe the craggy mountain scenery. Since my last visit here about 20 years ago, the mountains appear the same. 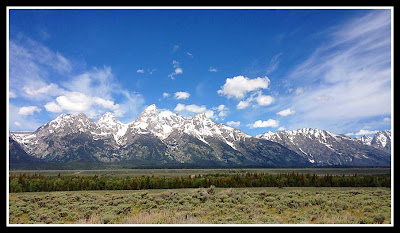 The change is the number of people admiring the natural world. The tour buses represent a number of those passing through as they ooh and aah at the scenery. And rightly so. I came for the scenery and some post card photos. 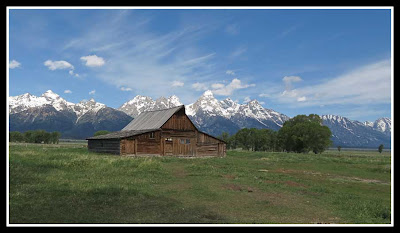 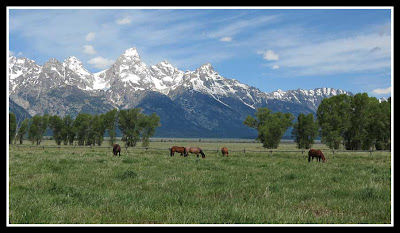 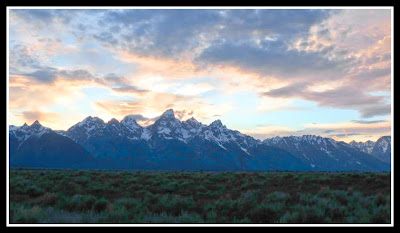 When I was at the Grand Teton National Park visitor center, took a photo of the moose statue in the event I would not be able to get a photo of the real thing. 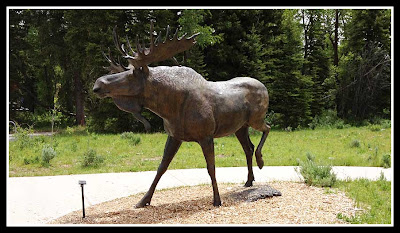 In my walking/hiking/exploring I didn't see any moose. Nor did I see any bear. Or elk. But I did see buffalo. Shedding their winter coat they are a shaggy beast. 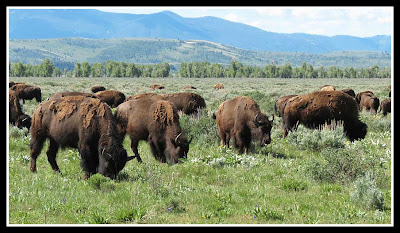 From the avian world, this meadow lark was posing on a fence rail. 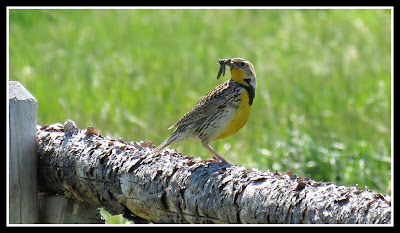 Jackson is the destination for the tourists after a day of touring Grand Teton NP. So playing the tourist, I walked the downtown area with occasional stops at art and photo galleries. Around the downtown square are the arches of elk antlers. 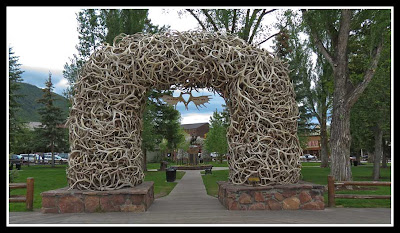 Worked up an appetite as I walked the downtown. Checking for the unusual, I ended up at the Million Dollar bar for a naked buffalo burger. There I ate my burger on a bar that has hundreds of inlaid silver dollars. No. I didn't try to carve out a silver dollar to pay for my meal. 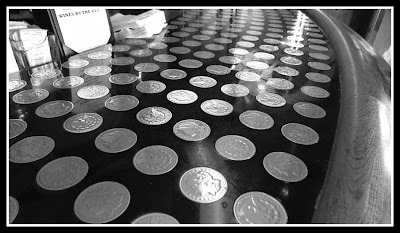 Note: Two of the above photos were taken with the iPhone. Takes some pretty good photos considering its size. The first photo of the Tetons is one. The other is the photo of the moose statue.