From the over top architecture of Las Vegas to the artistry and inventiveness of the 19th century, the Pete French Round Barn is certainly a treasure. This is the only one left of three that were originally built in the valley. 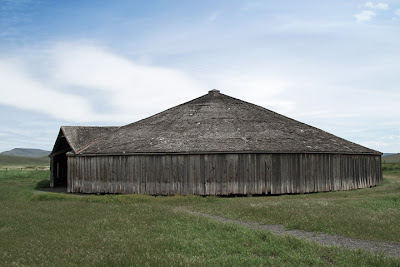 Built about 1880, it survived with the continued care of ranchers until the 1970s when it was deeded to a state  historical group. (Editorial side note: The shingled roof needs replacement. Now! However, with the government involvement, the roof may collapse while they do a multitude of studies with numerous experts to make sure it is done right and in a historic manner. Sounds laudable, but why not just do the repairs before any more damage occurs.) 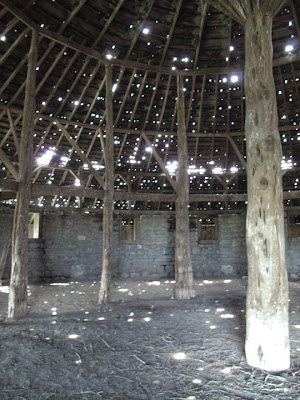 Designed for horses, the building's center was a stable. The covered circular track around the central stable was a winter training and exercise space for horses. 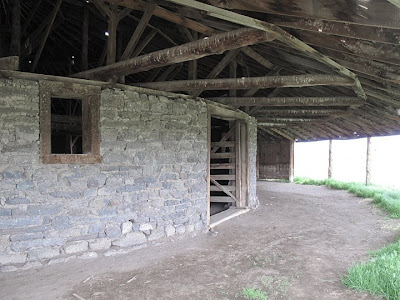 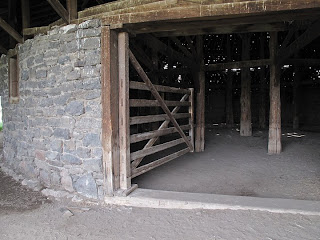 For your personal tour, head to the Malheur NWR south of Burns, Oregon. Take a road tour around the refuge and there will be signs pointing to the French Round Barn.

After a tour of the round barn, I stopped at the Round Barn Visitor Center. A museum and western gifts store, it was worth the stop. Owner Dick Jenkins was a delight as he related history and his life in the valley as a cattle rancher.