A few days ago I was relating to another park resident the deer hoof petroglyphs I found when hiking Madera Canyon several years ago. Yesterday I decided to revisit Madera Canyon -- and hopefully find -- those petroglyphs.

With lots of trails to choose from, I thought I recalled where I had seen the deer hoof petroglyphs. Headed to the Mt. Baldy Trailhead. I could recall what the trail looked like where I found the glyphs. It was a jumble of rocks of varying sizes. As I walked the trail today, I encountered nothing like what I remembered.

About a mile on the trail, I decided that the odds were that I was not going to find the glyphs. So I decided to enjoy the shady hike with birds celebrating with song the warmer weather.

After I made that decision, it may have been another 200 feet along the trail when I came upon a rock with deer hoof petroglyphs. 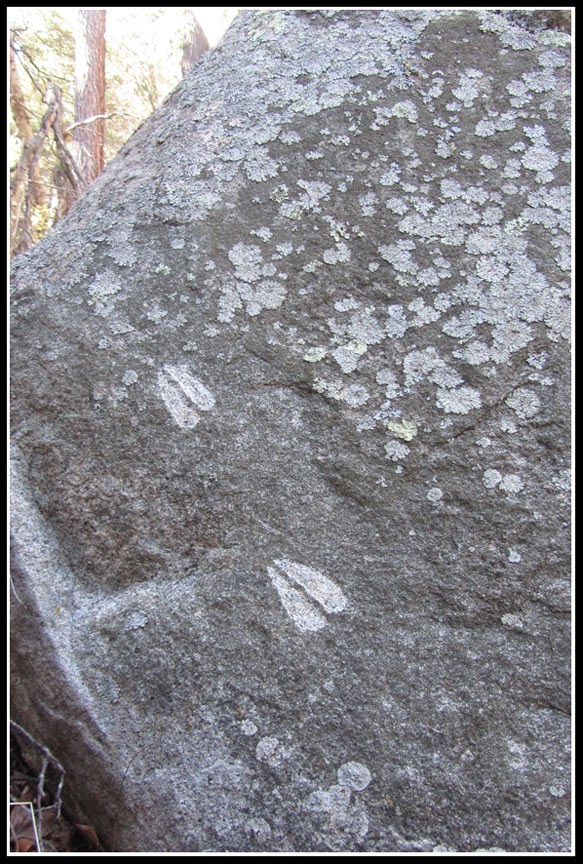 This rock and the petroglyphs did not even come close to what I remembered. It was at that point I decided that there may be more than one of these creations on the trails in Madera Canyon.

As I closely examined the "rock engravings", it appeared the engraving may have been done with a pointed chisel. That and a hammer, it would have taken a while to give some contrast to the rock surface. 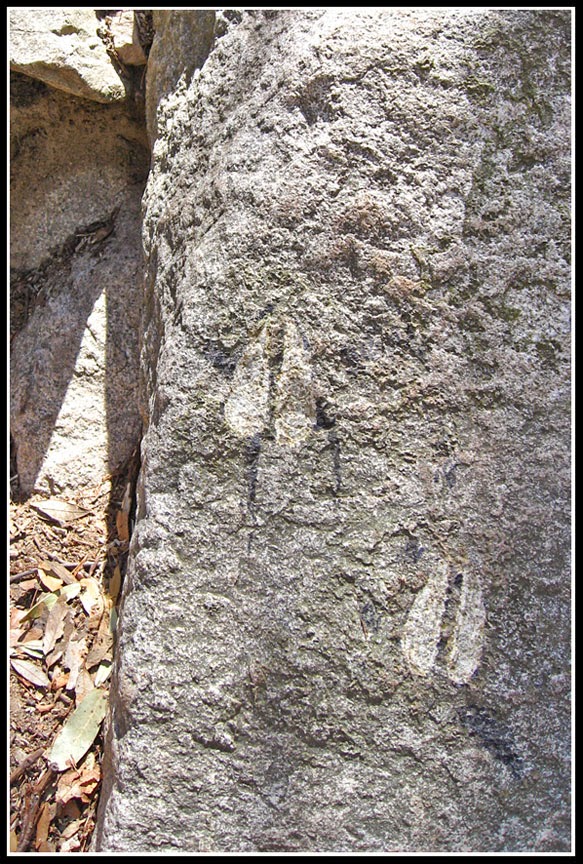 I wonder how many more sets of deer hoof petroglyphs are in the canyon. Looks like there are more Madera Canyon -- petroglyph searches -- hikes in the future.