Naming trails after geographic features or in memory of some local person, the Bump and Grind Trail is unusually named. The trail's 1000 foot elevation gain in under two miles is a favorite for many of the runners and walkers in the Palm Springs area.

The end of the hike dead ends on a flattened hilltop large enough for "way too many people". There were about five or six when I arrived. The large open space has a single creosote bush decorated for the holidays. 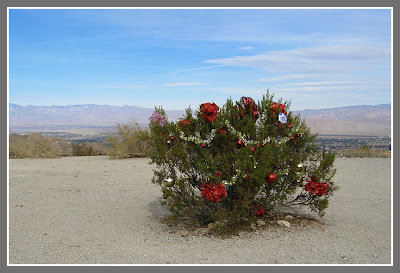 Close up there was a reflection in one of the ornaments. Recognized that guy. Objects are closer than they appear. 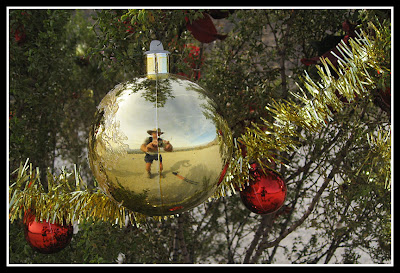