Living High On The South Rim

The El Tovar was a two night stay on the south rim of the Grand Canyon. This was a treat to myself to celebrate my birthday. It was a nice birthday present. I lived in luxury and dined sumptuously -- for some meals.

I was up early to get this photo without cars and people. It was about six -- in the morning. 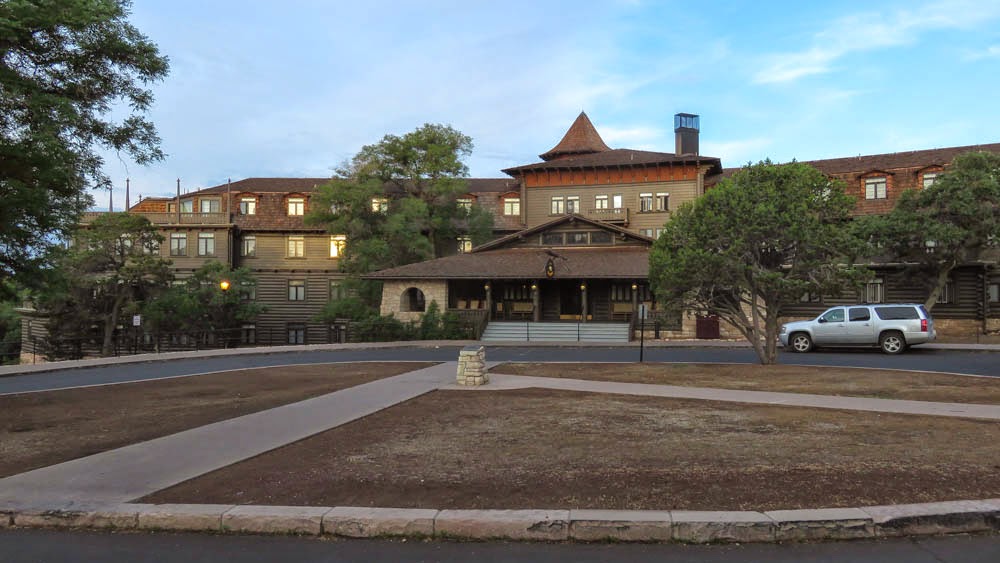 The real reason to be out and about at that early hour was to get photos of the rising sun creating a palette of colors on the rock on the canyon walls.

The Grand Canyon is the epitome of why I like the southwest US. The exposed rock surfaces provide the color and texture of this scene that was a long time in its creation. 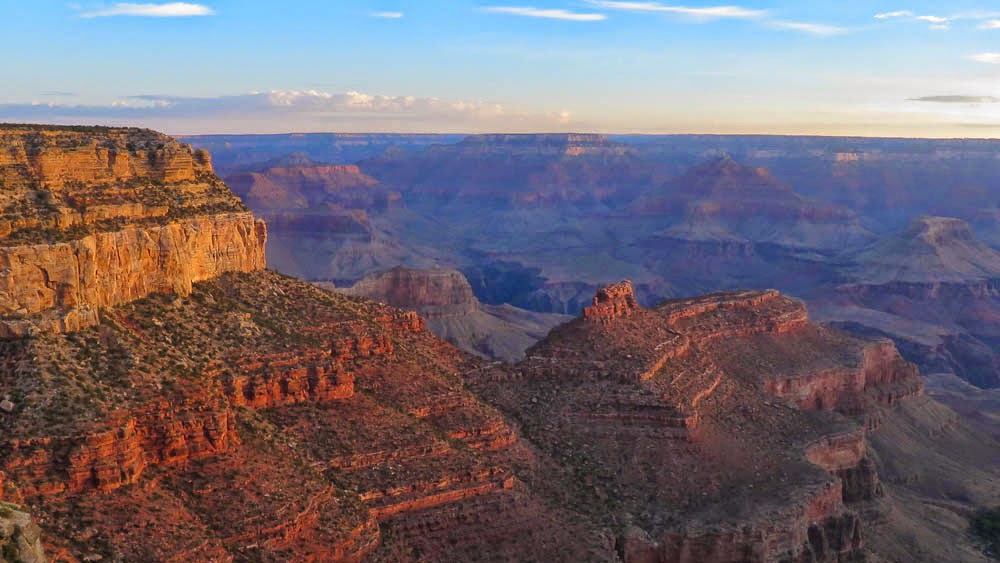 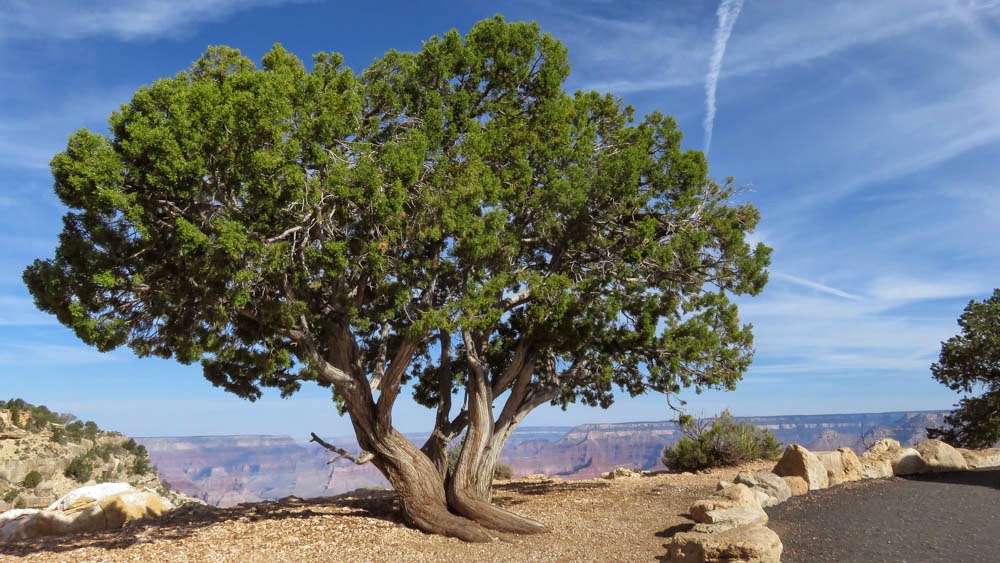 In previous visits to Grand Canyon, I visited in May. That was long before the throngs of tourists that arrived via car, bus and train. The visitors are from around the world with mostly foreign speakers. 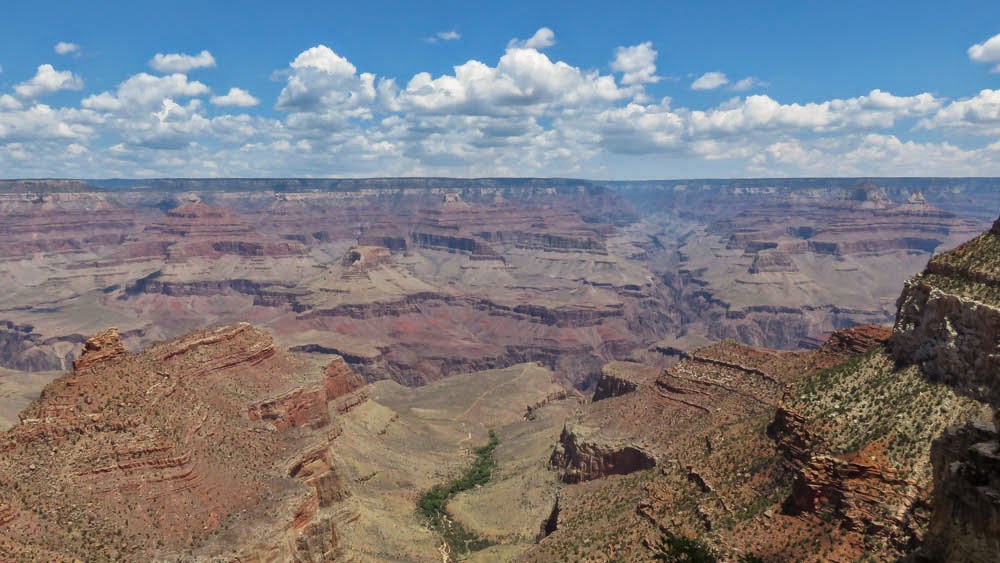 This rock wall was built in the 1930s as a CCC project. Some unnamed mason included this heart shaped rock in the wall. Was it a Valentine. 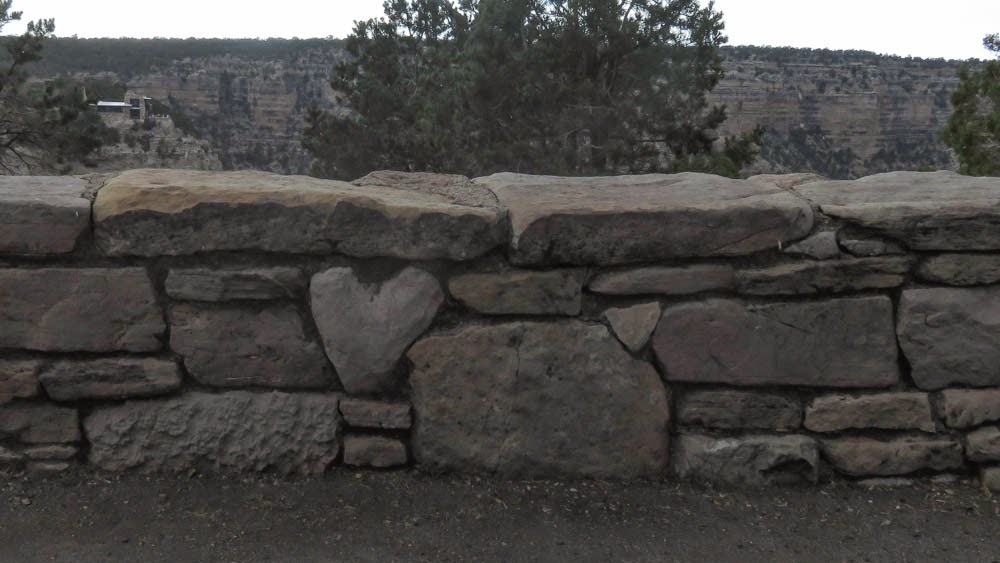 Not infrequently, a visitor will stand atop this wall testing gravity. I saw a family who were jumping off the wall to the sidewalk as the photographer snapped a photo. On the other side of that wall it was a steep slope into trees and rock. Their actions were a test of immortality. A frequently updated book Over The Edge: Death In Grand Canyon documents the deaths. When I watched this family, I wondered if they might be trying to get an entry in the book.

When I was chatting with a ranger, I commented about the wall jumpers. I commented that they seemed to be trying to be a statistic. He shook his head in amazement and then said that there have already been 23 deaths in the canyon this year. That includes some deaths on the Colorado River. 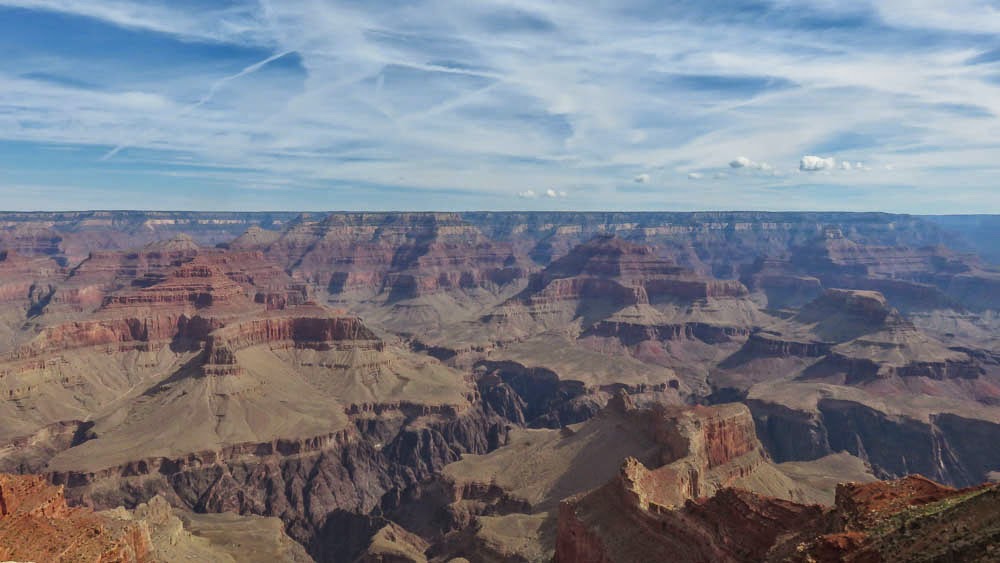 On the brink of extinction in 1987, all 22 California Condors were captured and a captive breeding program was begun. The progeny are now being released into various locations in the southwest US including the Grand Canyon. It may not appear to be a very attractive bird, but the opposite sex of the condor loves the look. 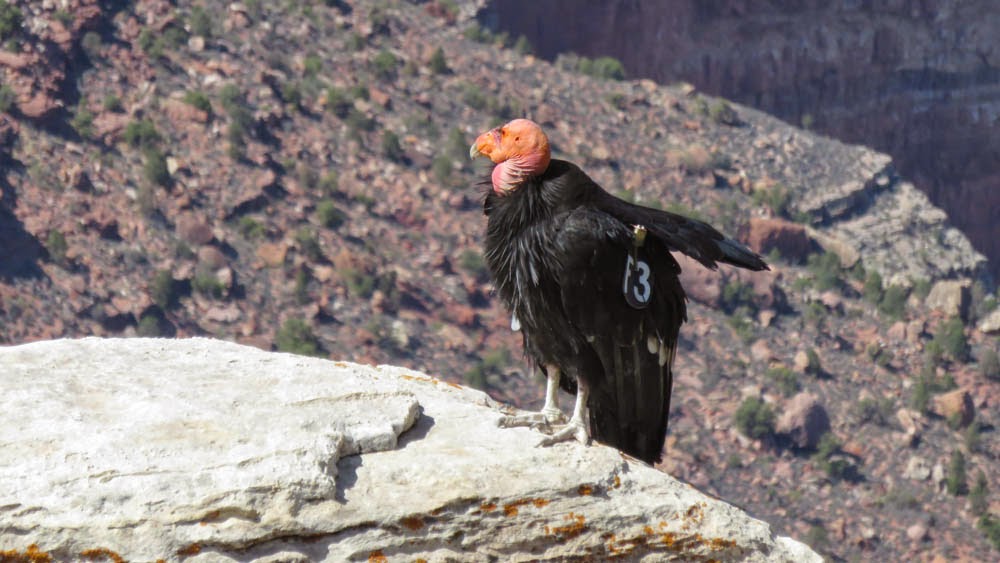 Continuing along the rim, I don't tire of the scene. 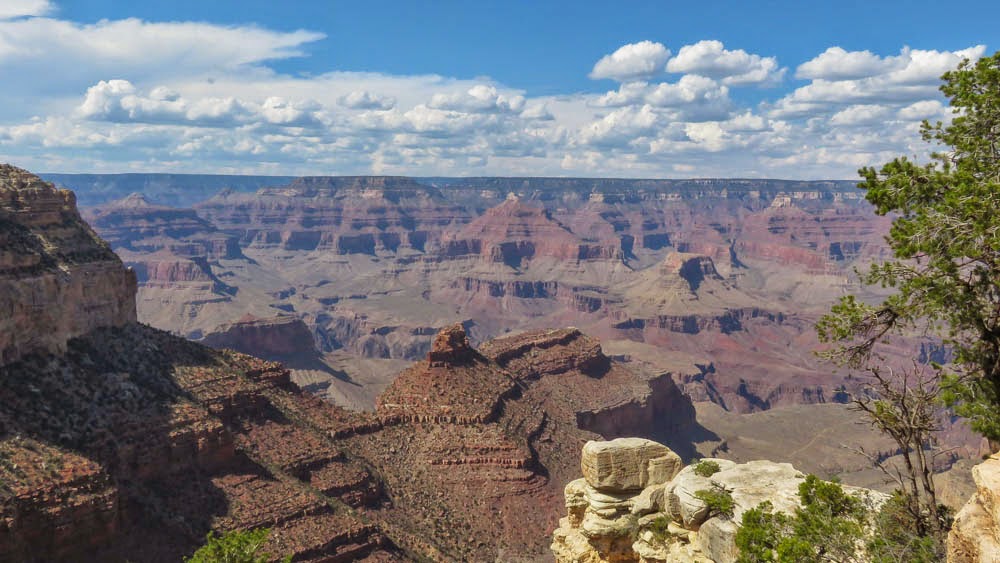 Time for a change on the scenery photos. How about a "selfie" on the rim of the Grand Canyon. 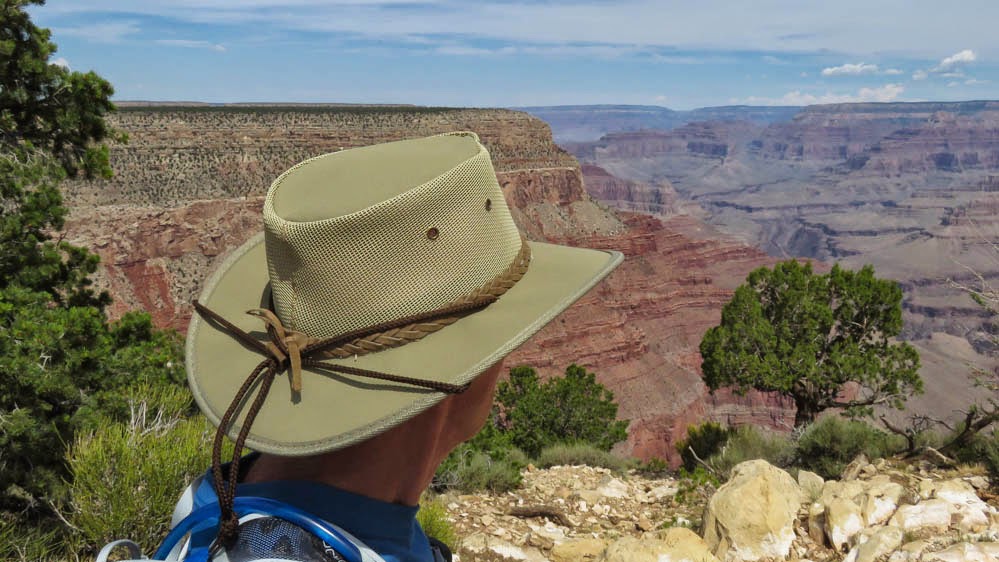 There is no table with a better view at any of the restaurants on the rim -- including the El Tovar dining room. Without a snack, I stopped momentarily to enjoy the view. 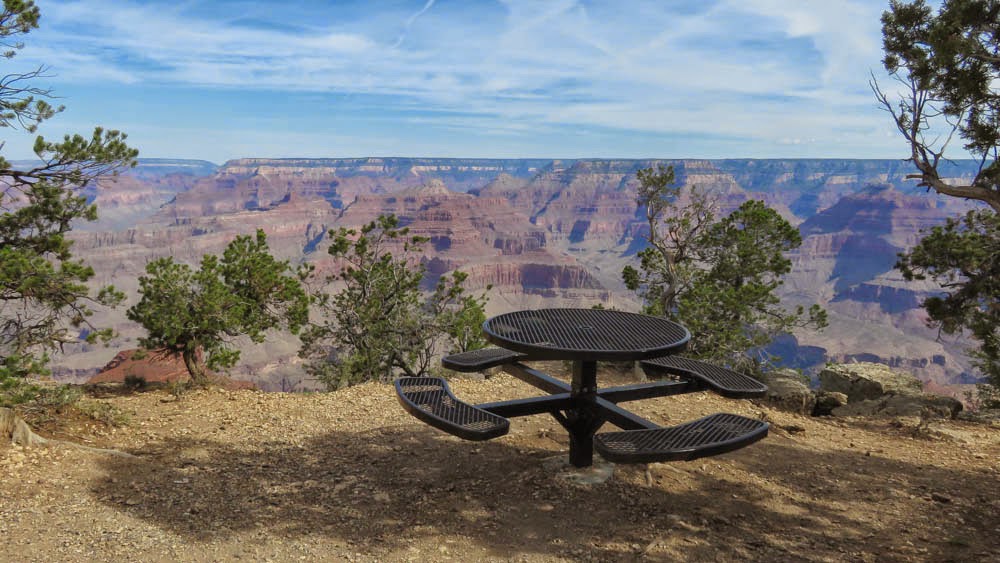 At the end of the day I joined the crowd of tourists gathering at the canyon rim to photo the rock shadows and setting sun reflecting off the colorful rock. 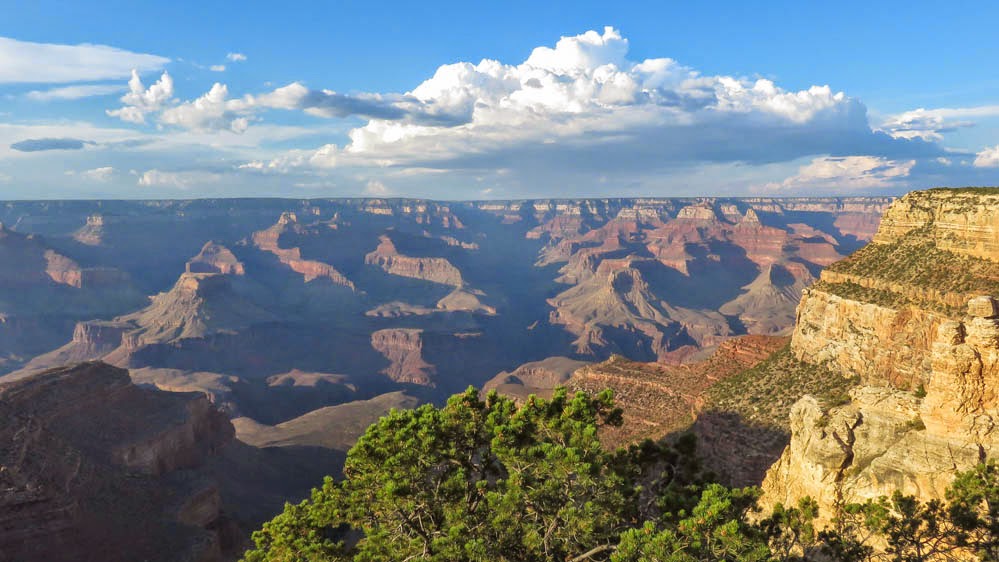 It was a great way to celebrate a birthday living high on the south rim of the Grand Canyon.