...or is it Japanese. One of my Hawaiian shirts has characters as part of the pattern. Are these Chinese or Japanese? The tag on the shirt says, "Made in Bangladesh". However, those characters are not Bangladesh writing. 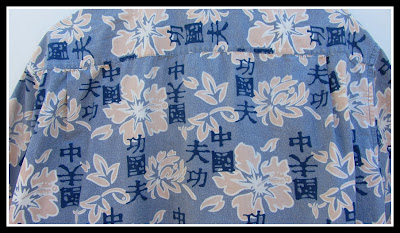 A couple of years ago -- wearing that shirt -- I was standing in line. As we waited, I started a conversation with the guy behind me. Surprise that I would do that. :) As we chatted, he commented that he liked my my shirt. I said that I had always wondered what it said. Without missing a beat he said, "Made in China".

This is detail of the three sets of characters that repeat throughout the shirt. 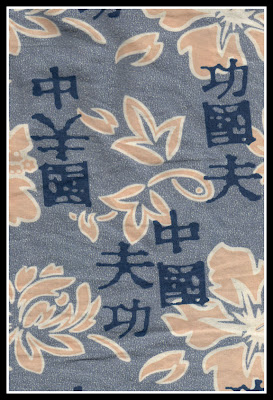 
In case you are wondering, the wrinkles are part of my wardrobe.