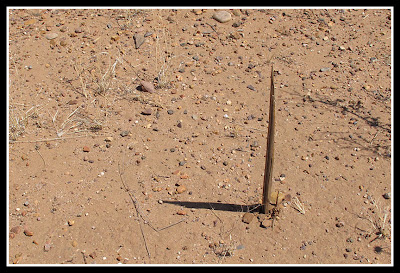 Nature doesn't know about clocks and all that man invented stuff. Today it is called high noon (or 11:00 a.m. with DST) when the sun is at its highest overhead casting the shortest shadow. Hiking in the "desert ranch land" behind the Saguaro SKP park, this north south fence line (according to my GPS) casts a shadow almost parallel to the fence line. 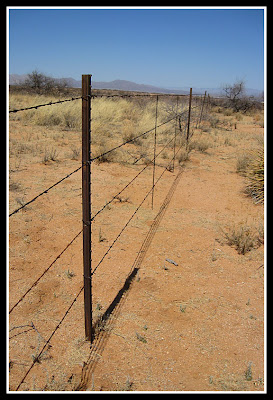 Looks close to high noon. At least at this location. However, according to the accepted time for this location, it was close to 12:30. If Arizona observed that other foolishly invented concept of daylight saving time, it would be 11:30 a.m. as this photo was snapped.

Og and Moog didn't deal with clocks or time. Their focus was finding food.