Just when I thought the elections were over, this morning I heard some who are already planning the fate of the 2012 election. For something more pleasant, how about this rain blessed lily. 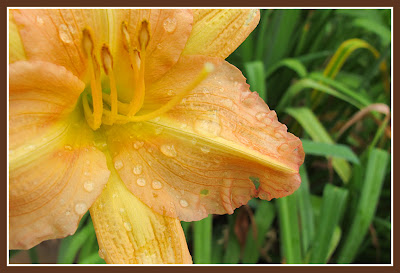 For me, Cal Thomas and Bob Beckel best summarize the election and the next two years in their USA Today column: Will compromise be a four letter word.


Rep. Paul Ryan (R-WI)  appears to be doing the job a legislator is supposed to do. He proposes a Roadmap to address the ever escalating Federal budget. His proposal addresses medicare, social security, taxation, etc. to bring the Federal budget back into control. No doubt his proposal has problems. All legislation has problems. However, it would be great if the federal legislative bodies actually talked about any one of the major items in his proposal -- let alone all his points. Considering most Senators and Congressmen are in those legislative bodies to establish tenure, there are few that would vote on any of these issues for fear that they would not get re-elected.
Posted by Unknown at 11:06 PM