With the prospect of Thanksgiving just a few days away, it seemed a good idea to get out for some hiking to prepare for the inevitable over eating -- of something.

Along with cooler weather across the US, Palm Springs wasn't left out. Mid 60s is the predicted high temperatures for the week with lows in the 40s. Those cooler temperatures were created by the retailers to get shoppers into the warm stores on the upcoming Black Friday.

Cool weather is good hiking weather as long as I don't start to early in the morning. 50 degree temperatures and a wind can make the shorts seem like a bad idea. But I tough it out -- for a while. The intended destination was the Herman Trail at Coachella Valley Preserve. After slugging it out for some time, I arrived at the trail head. Noting the switch backs ahead, I no longer cared about hiking and called that point the end of the trail. 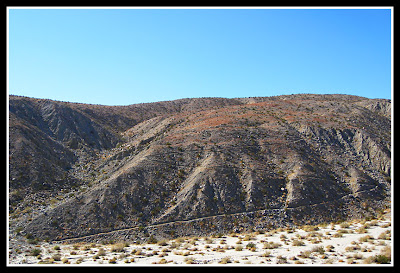 Nature's beauty of desert flora with an occasional oasis provide marvels of survival in an arid terrain. At a palm oasis, I wondered why there were the sharp serrations (checked it out -- it hurts) along the axil of the frond of the California Fan Palm. An interesting evolutionary adaptation for some reason. Can't imagine what. 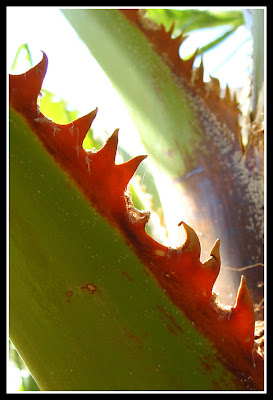