Only six days after Round Two of chemo travails, this morning I was joined by park neighbors Cheryl and Ted for a three mile desert walk at Saguaro East. The photo is a backlit cholla with drops of moisture (from yesterday's rain) on the spines. 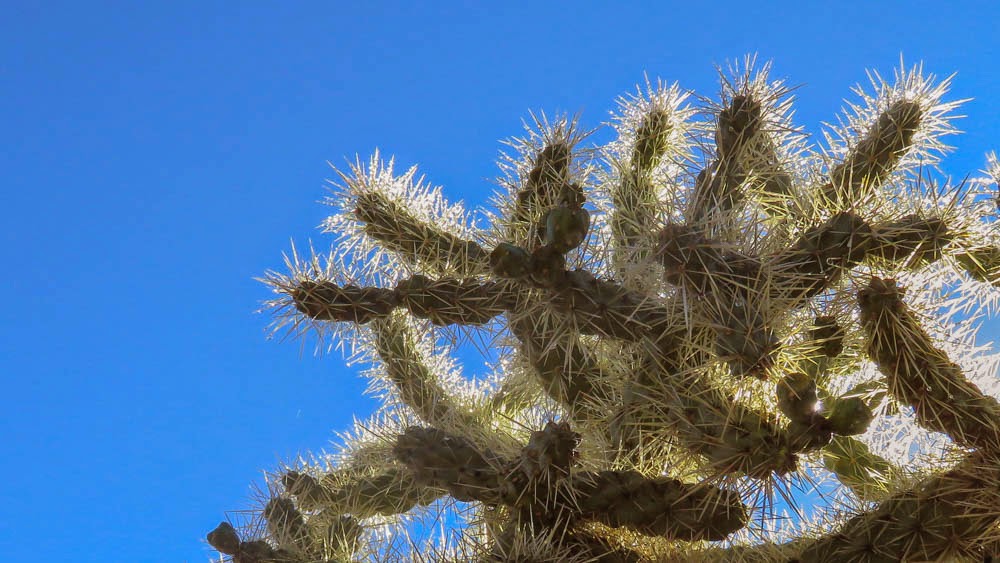 Some of my blog readers and lurkers have been following posts of my 13 year nomadic travels as I lived full time on the road.

That was my travel years. Today in late 2014 and into 2015, it is travails. According to some linguists, the two words share a common etymology. From Wikipedia:


"The origin of the word "travel" is most likely lost to history. The term "travel" may originate from the Old French word travail.[3] According to the Merriam Webster dictionary, the first known use of the word travel was in the 14th century. It also states that the word comes from Middle English travailen, travelen (which means to torment, labor, strive, journey) and earlier from Old French travailler (which means to work strenuously, toil). In English we still occasionally use the words travail and travails, which mean struggle. According to Simon Winchester in his book The Best Travelers' Tales (2004), the words travel and travail both share an even more ancient root: a Roman instrument of torture called the tripalium (in Latin it means "three stakes", as in to impale)."

Maybe there is no impaling for today's travelers. However, an instrument of torture would be sitting in coach for 14 hours headed to Australia.

My 13 years of nomadic travel does not qualify for the travail category. However, travails are part of my daily life at the end of 2014 and far into 2015 as I undergo the every three week chemotherapy treatments.

Yes. I know. This chemotherapy is elective on my part. After the original lymphoma diagnosis, I pondered and researched what to do. One of the options was to do nothing. In the end there are no guarantees after the therapy. I may have one year. I may have ten before the lymphoma returns. The other possibility I may die of something else. That might include being hit by an errant semi truck.

Then there are the side effects of the treatments. It seems to be a much older man in the mirror. Could that be a change in the elasticity of the skin. For comparison, I regret not taking a selfie before I started the therapy.

The upside to this is that I haven't shaved in a week. The hair follicles have stopped creating hair. Actually, it isn't an upside. Given the choice I would rather shave than put up with the torment to my body.

The real upside is that my life's travails haven't kept me from getting out for a hike this morning.