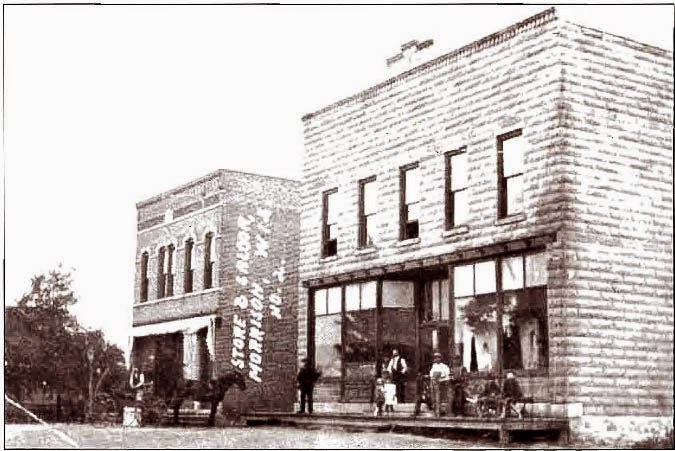 As a small child in the 1940's, I have flashes of remembrance at each of those businesses. The general store had most everything from hardware to clothing to groceries. If the store didn't have it, you probably didn't need it.

Farmers brought in excess eggs to sell to the store for resale. To make sure those eggs were good, the store had a "candling nook" where one of the store employees viewed each egg in front of a bright light. This was to ensure that it was a good egg -- no embryo or had blood spots.

There were always chickens on the home farm. Most likely my folks also sold excess eggs to the store. No doubt we couldn't consume all the egg production even though we had eggs for every breakfast and frequent custard for dessert. Sometimes those old laying hens became a meal or chicken soup.

With the prosperity following World War II, the country general store was in decline. De Pere was about a twelve mile trip where there was greater selection in a variety of specialty stores.


The photo of Falck's store dates to 1906. I was unable to locate anything more recent.
Posted by Unknown at 6:52 PM