After the purchase of an iPad Mini, I needed some kind of holding device so I could read it as I ate meals. I searched the internet for possible devices that might work. There were lots of choices. Prices ranged from moderate to very expensive. All I wanted was a simple easel.

Since I am a creative guy and have a little talent, I decided to make one. Six dollars of supplies from Ace hardware I made the easel. Best part is that the iPad can be placed horizontal or vertical. There was no such option with commercial devices found on the internet. They all held the iPad vertically. 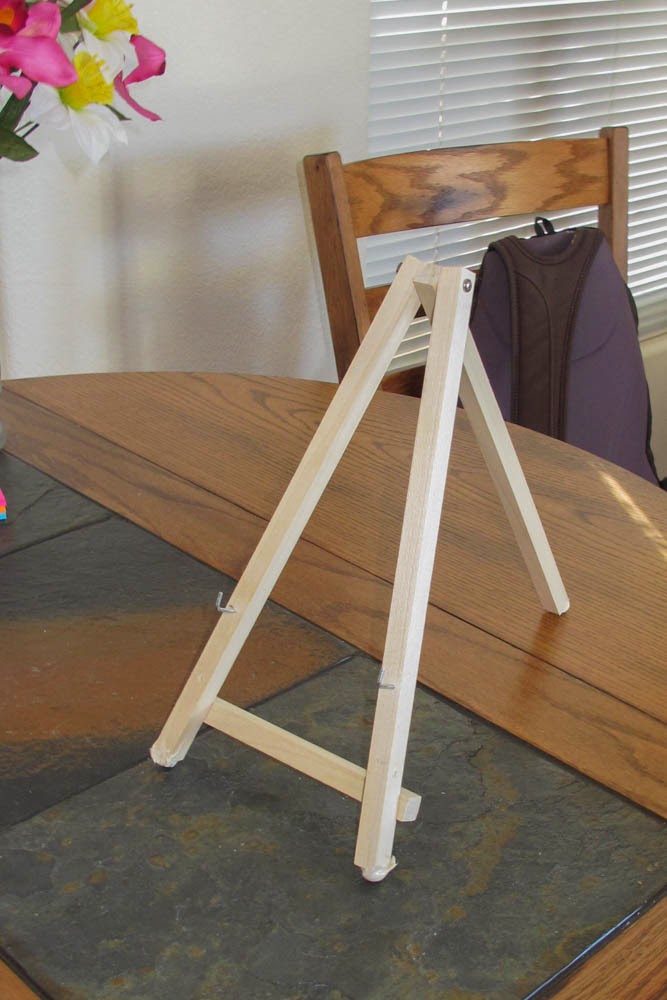 The easel holds the iPad. 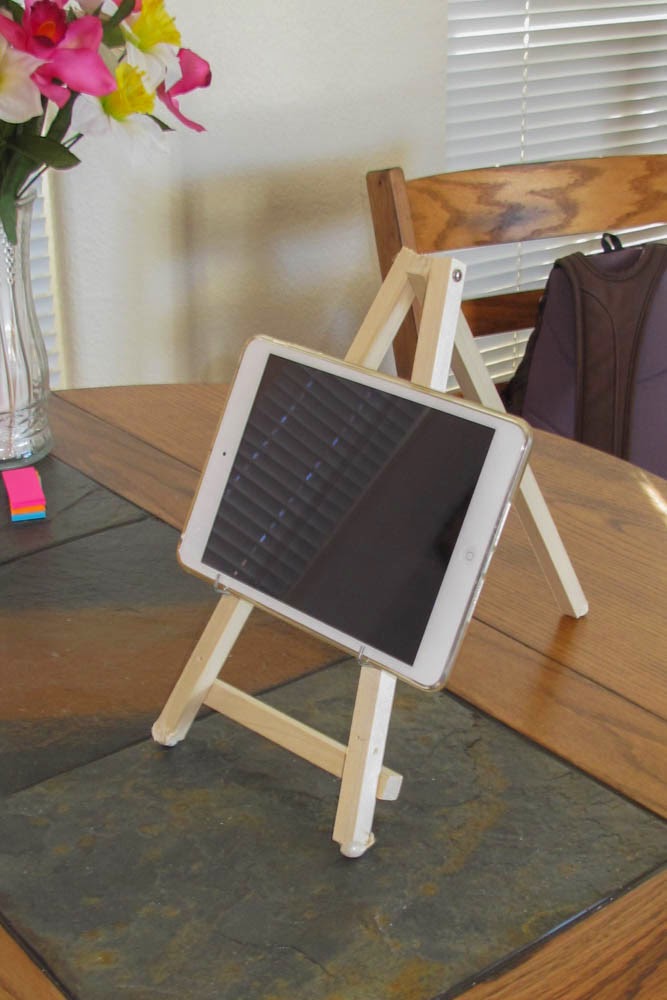 It may have been a prototype as I built it, but it has become the finished product. No. I am not taking orders.