For the weekly hike of the No Hurries from the RV park, the hike was to Seven Falls in Sabino Canyon. The group opted for the three dollar shuttle to the trail head. With several river crossings on some rather unstable rocks, there were numerous opportunities to get wet shoes. 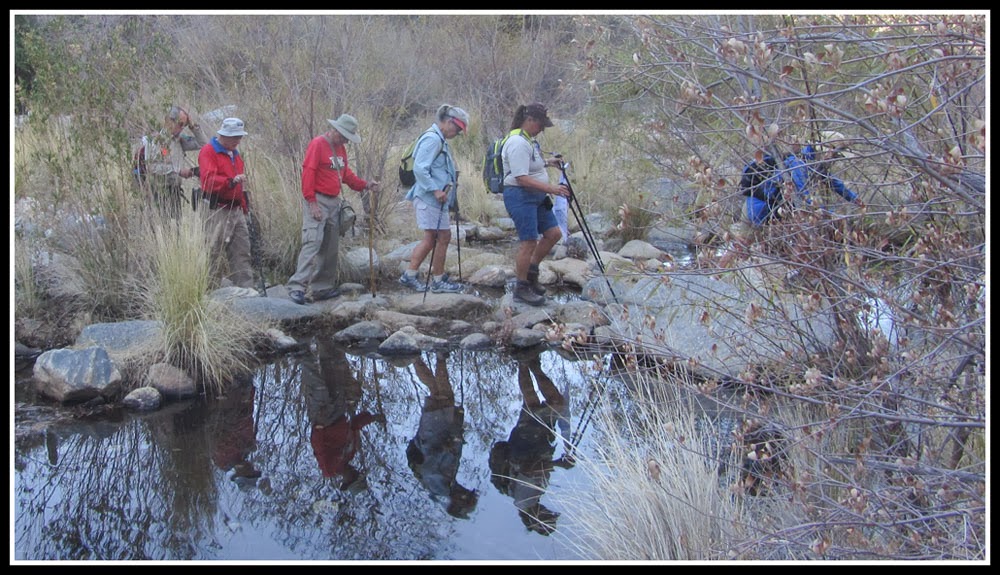 With my balance issues, I managed to get one wet shoe on the way up. On the return both shoes went into the water as I remained upright.

On my previous hikes to Seven Falls, one time those river crossings were dry. The other time, the water was about the same as this hike. I've never seen a lot of water flowing over the falls and down the river.

The smoothed rock surfaces at the base of the falls is a sure indication there has been water erosion over the thousands and millions of years to form this scenic water plunge. 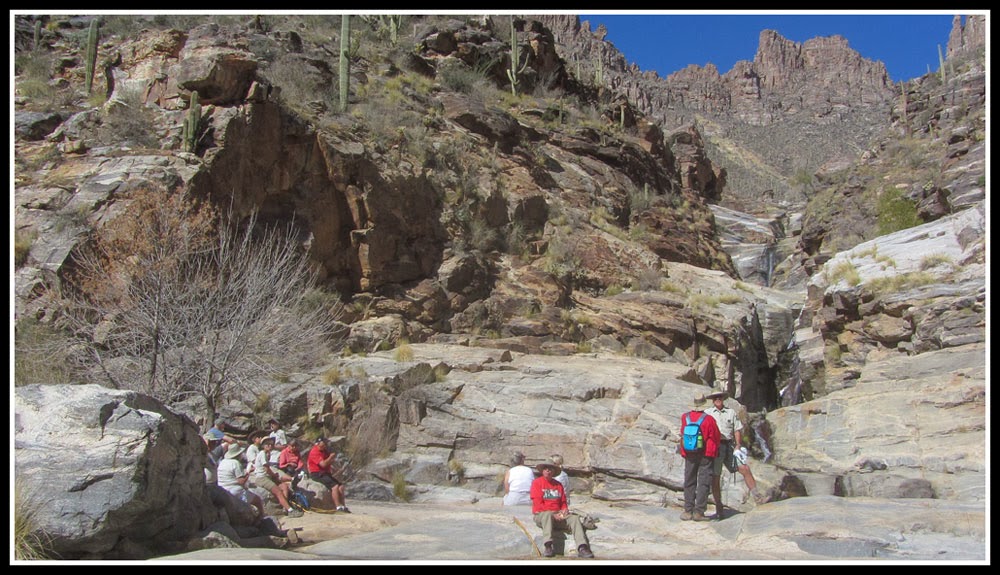 A Forest Ranger was at the falls as we rested and had our snack. I noted him looking intently at a rock. I walked closer to see what he had spotted. I don't know what this toad may actually be called, but with that camouflage, I named him the rock toad. That was Unusual Sighting #1. 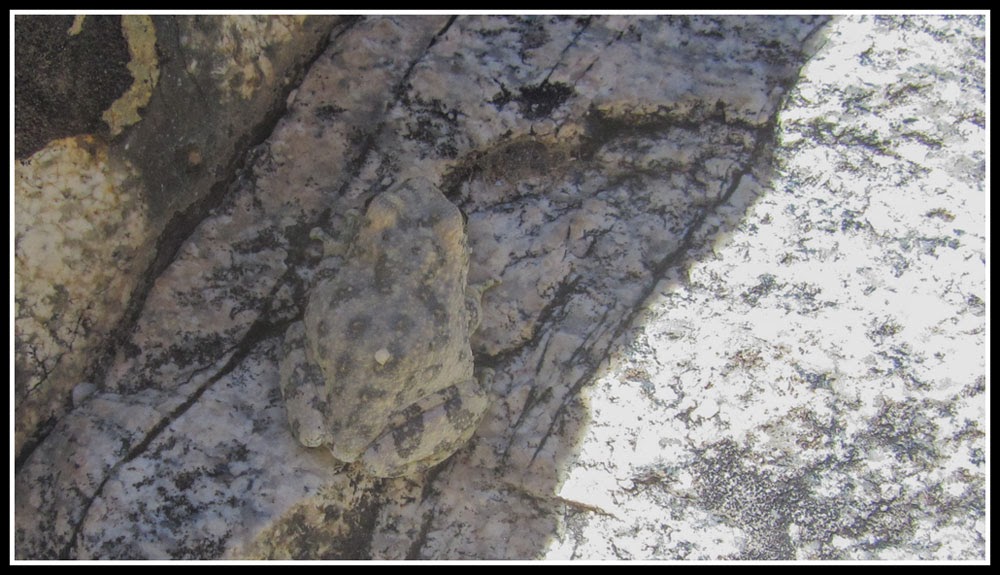 We were over a mile from the trail head when we met a party of four led by two Hasidic men with the black hat, black jacket, curled payos and black shoes. Following the two men was a woman in the conservative dress of her sect. The man taking up the rear of the group was wearing casual clothing.

As friendly hikers we stepped aside to let them pass and wished them a good day. One of the Hasidic men was dragging a small wheeled suitcase. There were lots of questions about this group from my hiking companions. And certainly no answers.

I don't know if there is a Hasidic community in Tucson. More likely, the group we met on the trail was from New York and were in town for the Tucson Gem and Mineral Show. Perhaps they are part of the Hasidic group that trades in diamonds and they were in Tucson to market diamonds.

Meeting the Hasidic on the trail was Unusual Sighting #2.